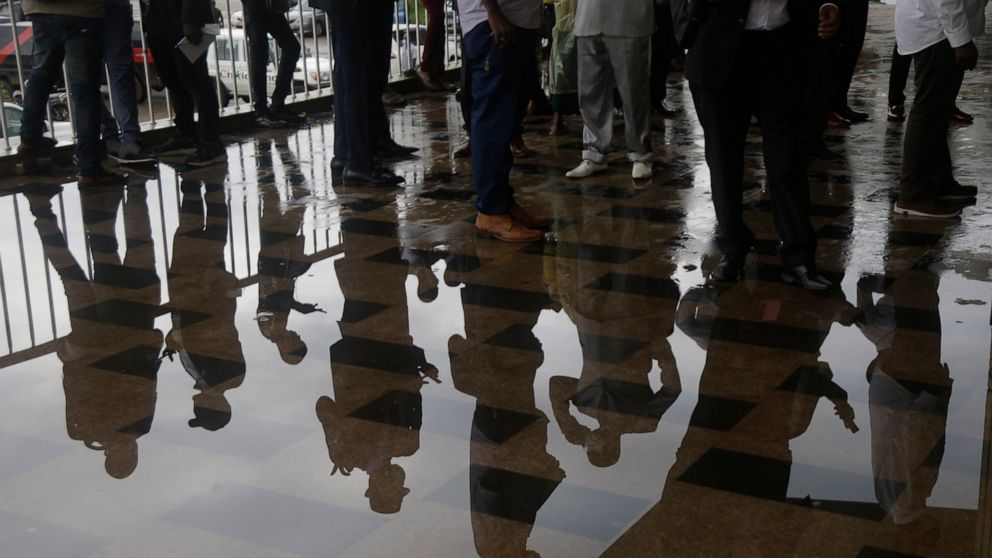 CONAKRY, Guinea — Guinea’s junta leaders vowed Friday that deposed President Alpha Conde would not be allowed to seek exile, saying they would not cave to mounting pressure from regional mediators who have imposed targeted sanctions after this month’s coup.

The statement came just hours after leaders from the West African regional bloc known as ECOWAS met with junta president Col. Mamady Doumbouya in Guinea’s capital. The military rulers dismissed rumors that the West African neighbors were negotiating a way for Conde to leave the country.

“Conde is and will remain in Guinea,” the junta said following the conclusion of the talks. “We will not yield to any pressure.”

ECOWAS and other members of the international community have called for Conde’s immediate release ever since he was detained in the Sept. 5 coup that overthrew him after more than a decade in power.

By Thursday, the bloc pressed ahead with targeted sanctions after the junta failed to meet the demand. The regional bloc put travel bans into effect for the leaders of the Sept. 5 coup and their families, and also froze their financial assets.

Conde came to power in 2010 during the country’s first democratic elections since independence from France in 1958. At the time, there were hopes that his presidency would turn the page after decades of dictatorship and corrupt rule in Guinea, home to mineral riches including the world’s largest reserves of bauxite.

However, Conde pressed for a constitutional referendum last year that paved the way for him to seek a third term in office. His bid to extend his rule sparked violent demonstrations by those who said he had bended the rule on term limits to his benefit.

He ultimately won another five-year term in October, only to be toppled by the coup 10 months later.