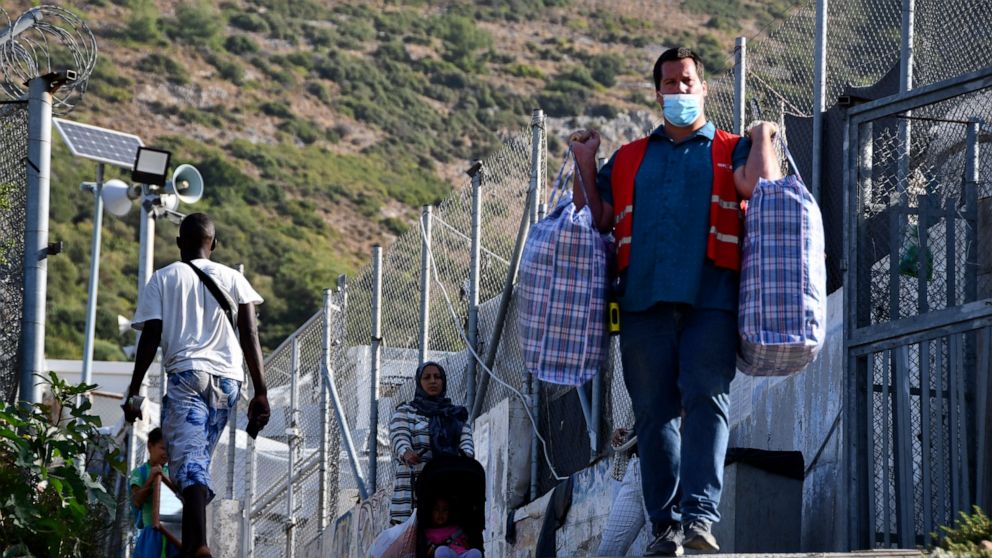 Greek authorities have begun moving asylum-seekers living in a squalid camp on the island of Samos into a new facility on the island, where access will be more strictly controlled

ATHENS, Greece — Greek authorities have begun moving asylum-seekers living in a squalid camp on the island of Samos into a new facility on the island, where access will be more strictly controlled.

About 200 people were to be moved to the new camp in the hills of Samos on Monday, with around 200 more scheduled to be transferred Tuesday.

Authorities have stressed the new camp, dubbed a “closed controlled access center” and built to house 3,000 people, will have far better facilities than the old, dilapidated camp on the edge of the island’s main town. But rights groups have raised concerns about the controlled nature of the camp, with some describing it as prison-like.

Entry to the European Union-funded, 43-million-euro ($50 million) facility will be strictly supervised, with the entrance open from 8 a.m. to 8 p.m. and access controlled by entry cards and fingerprints. The new facility is relatively remote, and authorities have said a bus will run to and from the main town four times a day.

The old camp on the edge of Vathy, the main town of Samos, will be shut down. Originally constructed to house just over 600 people at the height of the refugee crisis in 2015, it quickly became Greece’s most overcrowded camp, with around 7,000 people living in the facility and a shantytown that developed around it.

On Sunday night, a small blaze broke out in the old camp, with authorities saying the flames were limited to abandoned structures in one section of the camp. No injuries were reported.

Greece’s eastern Aegean islands like Samos, which lie close to the Turkish coast, have been one of the preferred routes into the European Union for people fleeing poverty and conflict in the Middle East, Asia and Africa.

But Greece’s conservative government has been cracking down on migration, increasing patrols along its land and sea borders and making clear it doesn’t want to accept any more asylum-seekers. Authorities have been particularly alarmed at the prospect of an increase in Afghans attempting to reach Europe after the Taliban takeover of Afghanistan.

Speaking during a meeting with ambassadors from EU countries in Athens, Mitarachi said that “our country will not be a gateway for flows of illegal migrants to Europe and will continue to follow the policy of protecting decisively the external borders of the EU.”