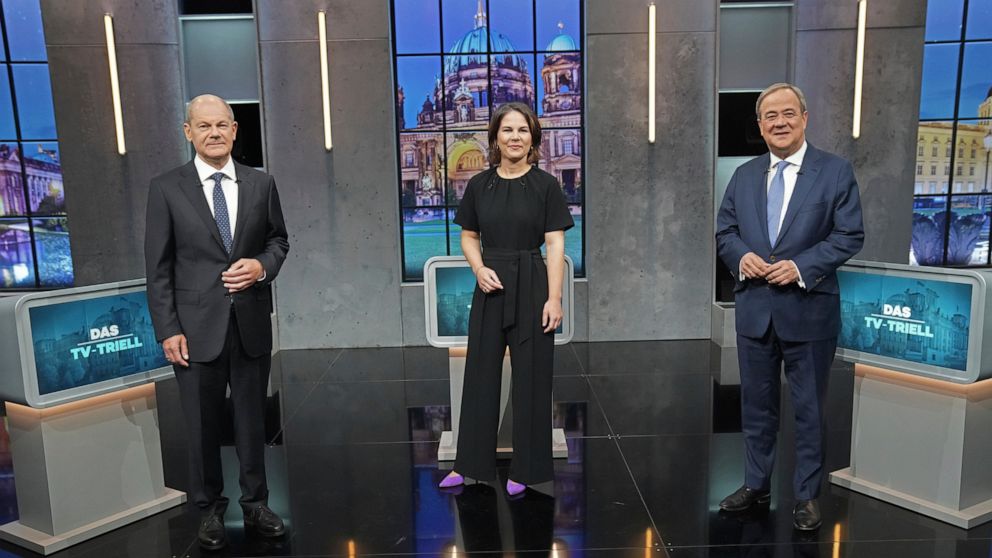 Finance Minister Olaf Scholz, the frontrunner in Germany’s upcoming election, faces questions from lawmakers over an investigation of a unit of the country’s customs service that resulted in a recent police search at his ministry

BERLIN — Finance Minister Olaf Scholz, the frontrunner in Germany’s upcoming election, faced questions from lawmakers on Monday over an investigation of a unit of the country’s customs service that resulted in a recent police search at his ministry.

Scholz and his Social Democrats have raised questions over the necessity and motivation of the Sept. 9 searches at his ministry and the justice ministry, which also is run by his center-left party. Outgoing Chancellor Angela Merkel’s center-right Union bloc, which polls show trailing by a few points ahead of Sunday’s election, has seized on the searches and on Scholz’s reaction to assail the candidate.

Investigators in the western city of Osnabrueck are looking into suspected obstruction of justice by unidentified employees of the Financial Intelligence Unit, or FIU. They say they have been investigating since last year because indications of possible money laundering from banks to the FIU weren’t passed on to police and judicial authorities.

The finance ministry ultimately oversees the unit, and says that the suspicion of wrongdoing isn’t directed against its own employees. It says Scholz, who became finance minister in 2018, has reinforced the FIU with extra staff and powers, and that its head was replaced that year.

Opponents have long pointed to other events that have taken place on Scholz’s watch, such as the collapse last year of payment processing company Wirecard. “All in all, the impression arises that Olaf Scholz is the finance minister of financial scandals,” said Florian Toncar, a lawmaker with the pro-business Free Democrats.

The questioning comes the morning after the last of three televised debates between Scholz and the other two candidates for chancellor, the Union’s Armin Laschet and the Greens’ Annalena Baerbock. As with the previous two, a flash poll showed that respondents thought Scholz left the best impression.

“I rather have the impression that three debates weren’t enough for some people, so there has to be a fourth now,” Social Democrat lawmaker Jens Zimmermann said. “But … I think the result of this fourth debate will be similar to the three previous ones.”

2022-07-17
Previous Post: the Spurs select out who by no means reached the NBA – News Fit 4 You
Next Post: Cargo plane operated by Ukraine carrier crashes in Greece