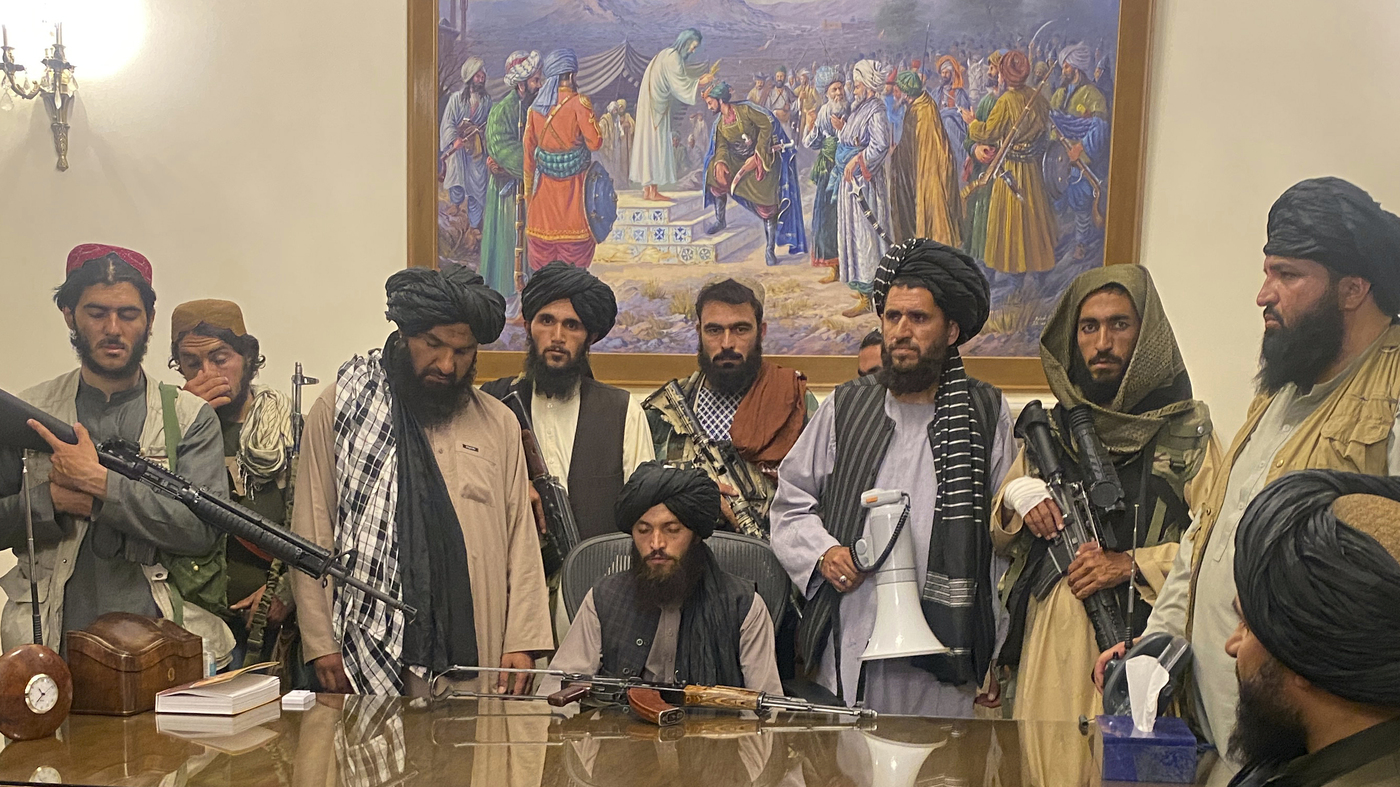 KABUL, Afghanistan (AP) — Friction between pragmatists and ideologues in the Taliban leadership has intensified since the group formed a hard-line Cabinet last week that is more in line with their harsh rule in the 1990s than their recent promises of inclusiveness, said two Afghans familiar with the power struggle.

The wrangling has taken place behind the scenes, but rumors quickly began circulating about a recent violent confrontation between the two camps at the presidential palace, including claims that the leader of the pragmatic faction, Abdul Ghani Baradar, was killed.

The rumors reached such intensity that an audio recording and handwritten statement, both purportedly by Baradar himself, denied that he had been killed. Then on Wednesday, Baradar appeared in an interview with the country’s national TV.

“I was traveling from Kabul so had no access to media in order to reject this news” Baradar said of the rumor.

Baradar served as the chief negotiator during talks between the Taliban and the United States that paved the way for the U.S. troop withdrawal from Afghanistan, which was completed in late August, two weeks after the Taliban overran the capital of Kabul.

Shortly after the Kabul takeover, Baradar had been the first senior Taliban official to hold out the possibility of an inclusive government, but such hopes were disappointed with the formation of an all-male, all-Taliban lineup last week.

In a further sign that the hard-liners had prevailed, the white Taliban flag was raised over the presidential palace, replacing the Afghan national flag.

A Taliban official said the leadership still hasn’t made a final decision on the flag, with many leaning toward eventually flying both banners side by side. He spoke on condition of anonymity because he was not allowed to discuss internal deliberations with the media.

The two Afghans familiar with the power struggle also spoke on condition of anonymity to protect the confidentiality of those who shared their discontent over the Cabinet lineup. They said one Cabinet minister toyed with refusing his post, angered by the all-Taliban government that shunned the country’s ethnic and religious minorities.

Baradar had been noticeably absent from key functions. For instance he was not at the presidential palace earlier this week to receive the deputy prime minister of Qatar, Sheikh Mohammad bin Abdur Rahman Al-Thani, who is also foreign minister and was making the highest-level foreign visit yet since the Taliban takeover. Baradar’s absence was jarring since Qatar had hosted him for years as head of the Taliban political office in the Qatari capital of Doha.

But in the interview shown Wednesday, Baradar said he did not participate in the meeting because he was not aware about the foreign minister’s visit to Kabul. “I had already left and was not able to return back,” Baradar said.

Several officials and Afghans who are familiar and in contact with Baradar told The Associated Press earlier that he was in the southwestern provincial capital of Kandahar for a meeting with Taliban leader Haibatullah Akhunzada. Another Taliban figure said Baradar was visiting family he had not seen in 20 years of war.

Analysts say the friction may not amount to a serious threat to the Taliban — for now.

“We’ve seen over the years that despite disputes, the Taliban largely remains a cohesive institution and that major decisions don’t get serious pushback after the fact,” said Michael Kugelman, Asia program deputy director at the Washington-based Wilson Center.

“I think the current internal dissension can be managed,” he said. “Still, the Taliban will be under a lot of pressure as it tries to consolidate its power, gain legitimacy, and address major policy challenges. If these efforts fail, a stressed organization could well see more and increasingly serious infighting.”

However, Taliban divisions today will be more difficult to resolve without the heavy-handed rule of the group’s founder, the late Mullah Omar, who demanded unquestioned loyalty.