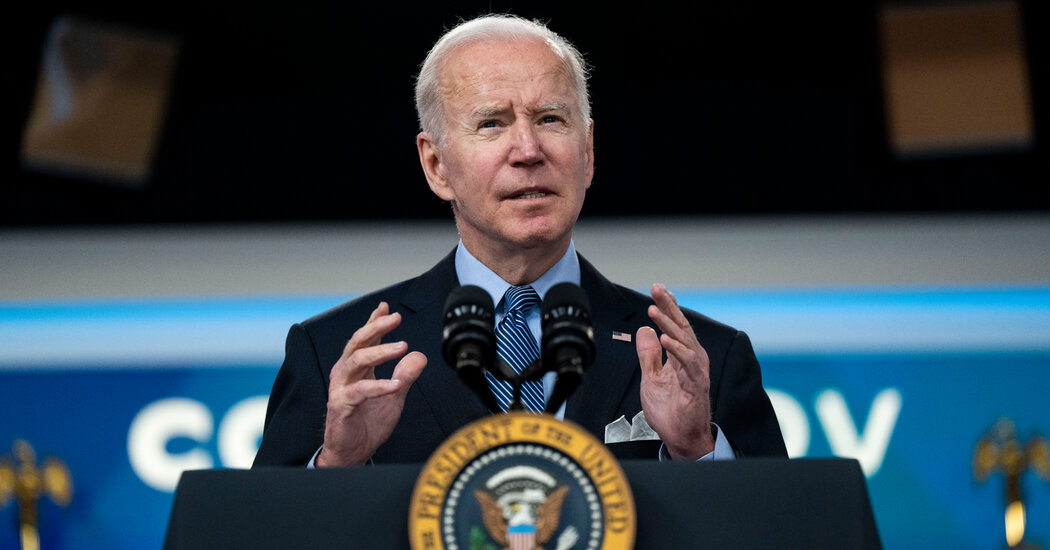 The summit is a follow-up to one Mr. Biden convened in September; he will use the gathering to ask wealthy nations to step up their financial contributions for vaccines, tests and treatments. Specifically, he will call on developed nations to donate $2 billion to purchase Covid treatments and $1 billion to purchase oxygen supplies for low- and middle-income countries, according to a senior administration official involved with the planning.

The United States, working with international organizations, has donated more vaccine doses than any other nation to the global vaccination effort. Mr. Biden has pledged 1.2 billion doses to other nations; as of Monday, more than 539 million had been shipped, according to the State Department. But countries receiving the doses have had difficulty getting those shots into arms.

Activists and advocacy groups are increasingly impatient. Organizations including Public Citizen, the consumer health and safety nonprofit; Prep4All, an AIDS advocacy group; and HealthGAP, a global health advocacy group that operates in Uganda, are circulating a petition that blasts the United States government — though not Mr. Biden personally — for a “lack of leadership” that “is alarming and shortsighted.”

The petition urges the president to “act with reinvigorated urgency” and lays out specific demands, including working with international institutions and donor countries to “mobilize $48 billion this year to get the global response on track” and pressing drugmakers to share their intellectual property and technological know-how, not only for vaccines but also for Covid antivirals, which are plentiful in the United States, but not widely available in low- and middle-income countries.

“The administration is not spending political capital to demand that Congress act,” Asia Russell, the executive director of Health GAP, said in an interview, adding, “What we know from the global AIDS response is that decades were wasted dithering. Those wasted years translated into human lives lost. President Biden and his Covid chiefs, they have the power to change history.”

The administration wants international intellectual property rules to be waived to facilitate the generic manufacture of vaccines. But the waiver request is stalled at the World Trade Organization and does not extend to treatments, drawing objections from a coalition of 170 groups led by Trade Justice Education Fund, a nonprofit that works to advance equitable trade policy.

“Americans and people around the world continue to suffer not only preventable deaths and long-term health consequences, but also disruptions to economic activity and global supply chains,” the groups wrote in a letter addressed to Mr. Biden’s trade representative, Katherine Tai, adding “We need every possible tool to overcome barriers and improve equitable access to Covid-19 medical products.”