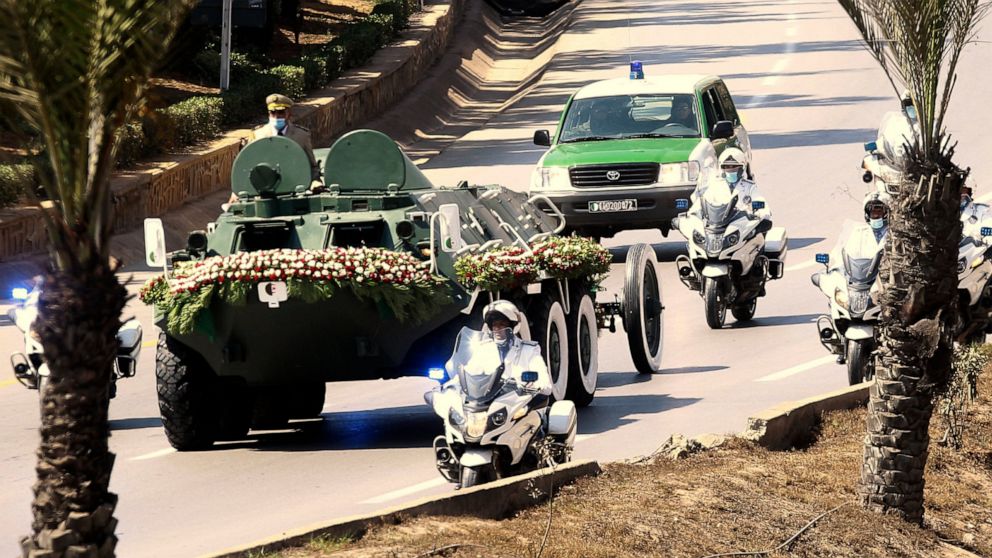 Former Algerian President Abdelaziz Bouteflika has been laid to rest, quietly honored despite being forced from office in 2019 after two decades in power

ALGIERS, Algeria — Former Algerian President Abdelaziz Bouteflika was laid to rest on Sunday in the martyrs section of the capital’s main cemetery, quietly honored despite his fall from grace, forced from office after two decades.

A flowered tank with a military escort carried his coffin to the El Alia Cemetery’s special section reserved for those who fought for Algeria’s independence from France, folks who are today considered martyrs. President Abdelmadjid Tebboune, who on Saturday declared three days of mourning, was among the officials at the ceremony.

The cemetery in Algiers was closed to the public and no images of the ceremony were carried on Algerian television, suggesting a clear wish by authorities not to go overboard as Tebboune moves the country into the post-Bouteflika era.

Bouteflika, who had been ailing since a stroke in 2013, died Friday at 84. His public appearances had been rare in the final years of his presidency. His long rule, riddled with corruption, ended in 2019 after months of street protests triggered by his plan to seek yet another term. The army chief at the time then demanded that he withdraw.

Video circulating on social media showed images of Bouteflika’s brother Said, who is charged with corruption but was briefly released from jail to pay his final respects to his older brother at a presidential residence where the former leader was being cared for.

Hundreds of citizens stood outside the cemetery, unable to enter until officials had departed. Among those kept away were members of a Sufi association, a Muslim sect that Bouteflika reportedly was drawn to, which held its own small ceremony at the gate.

French President Emmanuel Macron praised Bouteflika as a “major figure of Algeria’s contemporary history.” A statement Sunday from the president’s office noted Bouteflika’s role in Algeria’s struggle for independence from France, won in 1962 after a seven-year war, and his role as foreign minister for 15 years.

Also sending his condolences was King Mohammed VI of neighboring Morocco, with whom Algeria has had an increasingly tense relationship under Tebboune.