For the Taliban, a victory. For other jihadis, an inspiration

By: Nabih Bulos
In: Uncategorized
With: 0 Comments 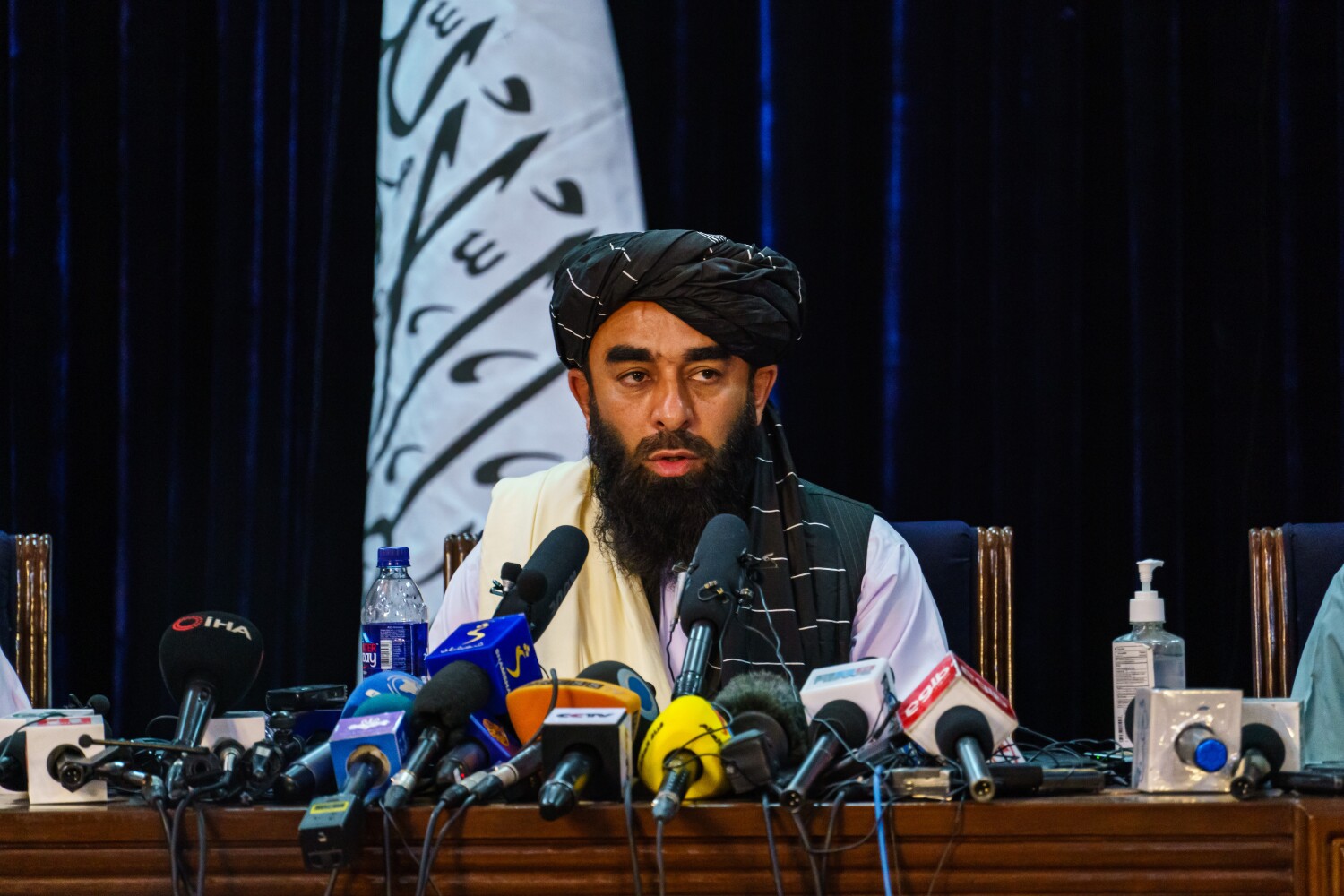 It was a scene that once seemed unthinkable: a dour-looking Taliban fighter, his AK-47 on the desk before him, his comrades by his side in the ornate office formerly occupied by Afghan President Ashraf Ghani, who had fled the country hours before.

For the Taliban, those images from Sunday night, when the group’s fighters advanced from the provinces and breached the presidential palace in Kabul, culminated in a lightning takeover of the country after two decades of grinding combat against the U.S. and its allies.

For other jihadi groups, it was nothing less than an inspiration.

“Twenty years ago, [George W.] Bush declared the end of the Taliban … but the Taliban were patient and did jihad,” Abdul Razzaq Mahdi, a prominent jihadi cleric based in Syria’s opposition areas, declared on his social media channel Monday.

“So, men of Syria! Rely on God, unify your ranks and have the Taliban as your example.”

Whether it’s Al Qaeda affiliates in Mali and Somalia, extremist factions operating in Iraq, Syria and Yemen, or so-called keyboard warriors cheering on from their homes in the West, the Taliban’s victory over Afghanistan’s Western-created government “is the most significant boost to the global jihadist movement since Sept. 11,” said Rita Katz, the founder of SITE Intelligence, an extremist monitoring group.

“Almost every corner of the community — particularly those supportive of the Taliban and Al Qaeda — see the U.S.’s withdrawal and Taliban’s subsequent takeover of Afghanistan as a revival of the jihad started by [Osama] bin Laden,” she said, referring to the onetime head of Al Qaeda and mastermind of the 9/11 attacks, which triggered the U.S.’s entanglement in Afghanistan in the first place.

And the Taliban’s signature relentless, take-no-prisoners mentality is serving as a blueprint for other extremist groups, said Aymenn Jawad Al-Tamimi, a security expert and fellow at George Washington University.

“They see the Taliban model as one to emulate: If you keep up the fight, then eventually foreign support will go and your enemy will collapse,” he said.

That collapse has been nothing less than astounding. Within the space of a little more than a week, the Taliban managed to upend a long-standing stalemate that for years saw the group control much of Afghanistan’s countryside while the government maintained a tenuous grip on the country’s 34 provincial capitals, including major population centers such as Kabul and Kandahar.

Experts point out that Al Qaeda had in the past controlled cities or provinces in Syria and Yemen respectively; at its zenith, Islamic State’s caliphate occupied a full third of both Iraq and Syria. But the Taliban’s takeover of almost all of Afghanistan — orchestrated after years of steely resolve — is arguably the first time that a designated terror group has seized the reins of power of an entire nation, one with 38 million people.

“In terms of size and control, it’s unprecedented. The Taliban’s control now is greater than what it was in 1996-2001,” Tamimi said, referring to the previous era of Taliban rule. With it comes sovereignty over a land mass that acts as a conduit between no less than six countries, including Pakistan, Iran and China; they also gain lucrative sources of funding with vast deposits of minerals that could yield almost $1 trillion, not to mention a long-standing hash and opium drug trade.

Additionally, the Taliban’s rout occurred with little resistance from Afghan troops who — exhausted, under-paid, under-supplied and overstretched — surrendered en masse to their Taliban adversaries. The result was the group’s militants scooping up billions of dollars’ worth of materiel, including M-16 rifles, mortars and anti-aircraft guns, Humvees, armored personnel carriers and even a number of light attack prop-planes and Black Hawk helicopters.

That bonanza dwarfs the military booty taken by Islamic State from the Iraqi army in 2014, which was then used to consolidate the extremists’ brutal conquest of a full third of both Iraq and Syria.

As happened with Islamic State, the Taliban’s gains are likely to make the group more attractive to recruits from beyond Afghanistan, said Asfandyar Mir, a California-based analyst specializing in South Asian counterterrorism.

“This will help reverse the opinion of those who cooled on the jihadi movement,” Mir said, adding that external pressure from the U.S. and other countries, not to mention internal divisions within Al Qaeda and its supporters, had reduced donations and assistance to the group.

“This moment will encourage them to come back in the game, and then there will be foreign fighters, certainly from the region but probably also from the West, who will want to turn to these groups — not just in Afghanistan, but other regions in the world as well.”

But the main fear of Western military and political leaders has been a return to the situation before 2001, when the chaos of decades of war in Afghanistan — a country roughly the size of Texas — had allowed groups like Al Qaeda to take root.

“NATO allies and partners went into Afghanistan after 9/11 to prevent the country from serving as a safe haven for international terrorists to attack us. In the last two decades, there have been no terrorist attacks on Allied soil organized from Afghanistan,” NATO Secretary-General Jens Stoltenberg said in a press briefing Tuesday, adding that NATO and its allies had the “capabilities and vigilance” to address future terrorist threats from the country.

“Those now taking power have the responsibility to ensure that international terrorists do not regain a foothold. … The world will be watching and must continue to support a stable and peaceful Afghanistan.”

In its pronouncements, the Taliban, which gave refuge to Bin Laden, has repeatedly said it would not allow Afghanistan to be used as a staging ground for any attack.

“We will not allow any foreigners who wish to harm or threaten the security of other countries any space in Afghanistan,” said Taliban spokesman Zabihullah Mujahid in his inaugural press conference from the capital.

“We have assured this.”

But a recent United Nations report by the international body’s monitoring team indicated that Al Qaeda maintains a robust presence in the country, and that there are roughly 8,000 to 10,000 foreign terrorist fighters who belong to a number of militant groups operating within its borders. And although the Afghan jihad has always been more inward and parochial, Mir said, it still has an ideological alignment with many of those groups.

He cautioned that the Taliban may stick to the letter of the injunction on using Afghanistan as a launchpad for attacks, but that providing a safe haven for the group’s leaders would allow the groups, be they Al Qaeda or others, to “feel more secure and in turn behave more aggressively.”

“The Taliban’s victory and the emboldenment of the jihadist scene, combined with the lifting of enormous counter-terrorism pressure in a critical theater of operations like Afghanistan,” Mir said.

“That is positioning these groups really well to consider different types of operations.”

2022-04-17
Previous Post: A key jobs report in the week ahead could drive the next big market move
Next Post: Remembering Nathan Chapman, 1st U.S. Soldier Killed In Afghanistan War : NPR