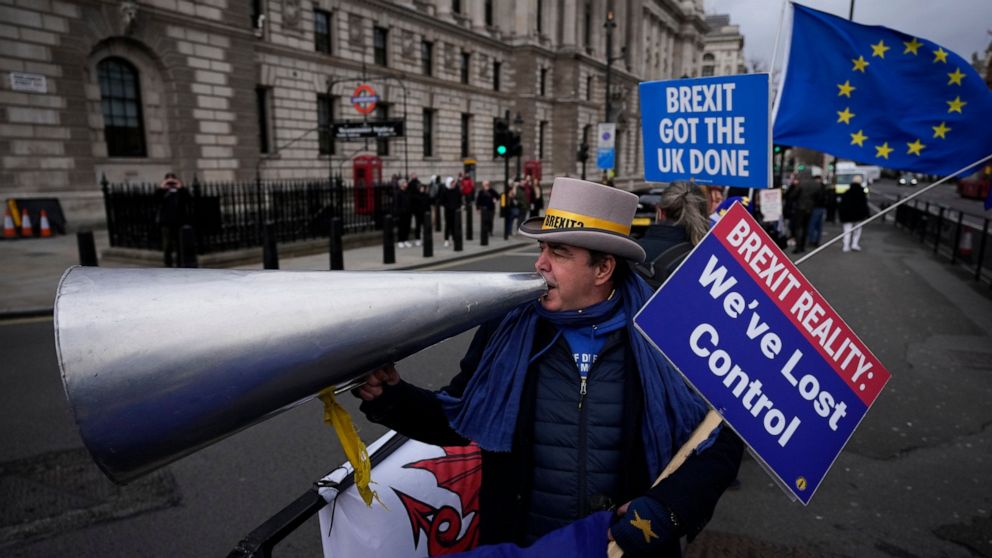 LONDON — New post-Brexit custom rules for goods arriving from the European Union to Britain are taking effect on Saturday, and a leading food industry body has warned that the new border controls could lead to food shortages.

Beginning on Jan. 1, importers must make a full customs declaration on goods entering the U.K. from the EU or other countries. Businesses will no longer be allowed to delay completing full import customs declarations for up to 175 days — a measure that was introduced to cope with the disruption of Brexit.

The British Frozen Food Federation said this week the new restrictions on animal and plant products from the EU could result in major delays at ports in the New Year because some in the supply chain — especially logistics companies on the EU side — may not be prepared for the changes.

“We are concerned that not enough planning has been done to ensure the new requirements are understood by everyone in the food supply chain,” said Richard Harrow, the federation’s chief executive.

“With only days to go before the new rules, we remain concerned that January could be a fraught month for our members,” he said.

The new measures require businesses to complete the correct paperwork at least four hours before goods can arrive at U.K. borders, or they risk being turned back at the border. Animal and plant-based products must also have statements of origin certificates.

The U.K. imports five times the amount of food it exports to the EU.

Britain left the EU’s single market and customs union on Dec. 31, 2020. The new rules take effect six months after they were originally scheduled because of the impacts of the pandemic and businesses said they needed more time to prepare.

Follow all AP stories on post-Brexit developments at https://apnews.com/hub/Brexit.

2021-12-31
Previous Post: Coronavirus: What’s happening around the world on Sunday
Next Post: Suspect in Deadly Arson Fire in Osaka, Japan, Dies in Hospital