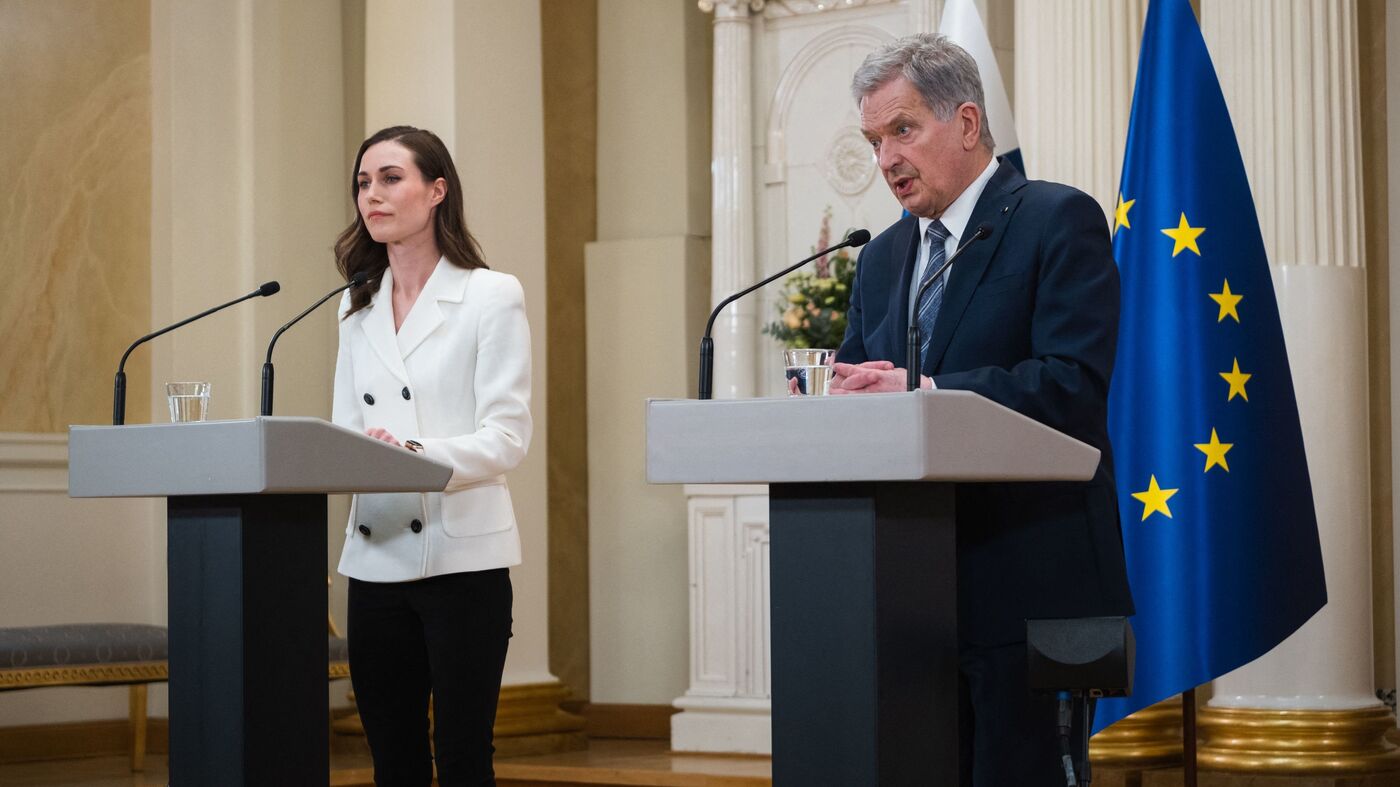 HELSINKI, Finland – The leaders of Finland and Sweden have announced that they back their countries applying to join NATO in response to Russia’s invasion of Ukraine.

The move changes decades of Finnish policy toward the Cold War-era military alliance and it upends more than two centuries of Swedish policy.

Sweden has avoided all military alliances, but like Finland, has also grown closer and closer to NATO over time.

The decisions stand as a major rebuke to Russian President Vladimir Putin, who sent troops into Ukraine in February in part to prevent NATO’s enlargement.

“This is a historic day,” said Finnish President Sauli Niinisto, who made the announcement at a joint news conference Sunday with Prime Minister Sanna Marin. “A new era begins.”

The Finnish Parliament is expected to endorse the decision in coming days, but it is considered a formality.

Sweden’s ruling Social Democrats said on Sunday they backed joining NATO. That creates a large parliamentary majority in favor of the move. Both countries are expected to make formal applications within days.

The Ukraine war prompted a change in Finland

Many Finns had opposed joining NATO over the decades for fear of provoking Russia, which shares an 830-mile border with Finland. But the Russian invasion – and its brutality – shocked most Finns.

“I always thought myself being a pacifist, and NATO for me was part of the militarization of the world,” said Jouni Kaipia, an architect and a photographer, after attending a rally in Helsinki to support Ukraine.

Jouni Kaipia, an architect and photographer, is a pacifist who always opposed Finland joining NATO, but he now supports it after Russia’s invasion of Ukraine.

Jouni Kaipia, an architect and photographer, is a pacifist who always opposed Finland joining NATO, but he now supports it after Russia’s invasion of Ukraine.

But the invasion changed Kaipia’s mind. Now he sees membership in NATO not only as a way to protect Finland, but also to teach Putin a lesson.

“If he has used the threat of NATO as a justification for his acts, now we could show (him) that the NATO has to expand because of his acts.”

Kaipia is representative. A recent poll showed that 76 percent of Finns had supported joining NATO.