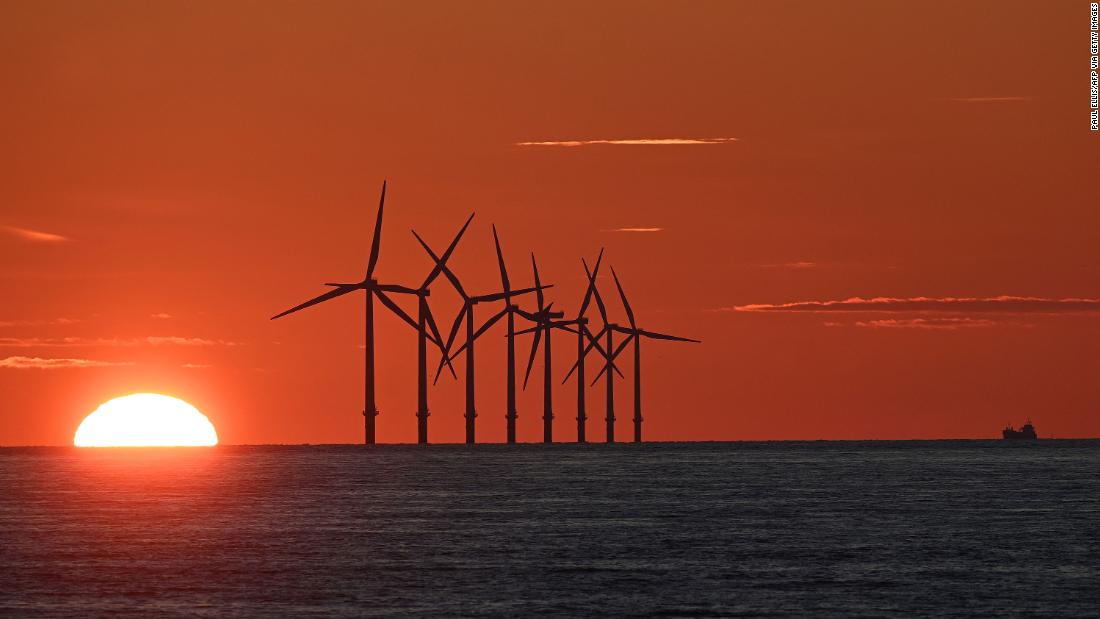 Europe’s gas crisis is also a renewables crisis, but there are ready solutions

Politicians are blaming the surge in prices on an increase in natural gas demand as the world wakes up from the pandemic, supply disruption caused by maintenance, and a less-windy-than-usual summer that saw a drop in wind-generated power.

But really, Europe’s crisis is in its renewables sector. The region has invested heavily in renewables, such as wind and solar, but it can’t get enough of this green power to the people who need it.

There are other incentives to moving faster on renewables, however. A fuller transition would free Europe from the disruption of volatile energy markets and reduce its dependence on other oil and gas providers, such as Russia. Europe could avoid its energy security getting tangled up in geopolitical storms.

More than 40 European Union lawmakers, mostly from eastern and Baltic states, have appealed to the European Commission to launch an investigation into Russia’s state gas company Gazprom. They suspect it had been restraining its supply to push up prices and pressure Germany to expedite the launch of Nord Stream 2, a gas pipeline that runs from Russia and under the Baltic Sea to Germany.

Gazprom told CNN Business that it was supplying gas to customers abroad “in full compliance with existing contractual obligations” and that supplies were “at a level close to the historically record high” over the past eight months.

The International Energy Agency said Wednesday that Russian exports to Europe were down from 2019 levels and that the country could do more to increase supplies ahead of winter.

“In terms of the Russian state, there is clear evidence that it uses its gas exports for its own geopolitical gain, it uses that strategically, it’s not just a commercial venture,” said Manchester University’s Matthew Paterson, a professor of international politics who researches climate politics.

“It’s used gas to get leverage over Ukraine very, very aggressively, and it seems to use it in relation to other eastern central European states,” he added.

But at the same time, the United Kingdom relies on gas for around 40% of its electricity and Europe is expanding and investing heavily in gas. The European Union currently has €87 billion ($102 billion) worth of gas projects in the pipeline, according to a report by the Global Energy Monitor (GEM).

The bloc is looking to increase gas imports by 35%, which GEM says sits “at odds with the EU’s stated goal of net-zero greenhouse gas emissions by 2050.”

Gas has been widely regarded as a “cleaner” bridging fuel to use during the transition from coal to renewables for electricity. But there are some problems with that. While gas emits less carbon than coal and oil, it is made mostly of methane, a very harmful greenhouse gas that leaks from pipelines and abandoned wells.

Smart grids are part of the answer

The gas shortages are being felt more sharply in the United Kingdom, where prices have more than quadrupled and some small energy companies are going bust.

Experts say the current energy crisis — exacerbated by a lack of wind in the North Sea this summer — underscores the need for Europe to build more renewable infrastructure in more places, and to diversify its sources.

“Part of the answer is to put more windmills up in different places, because the wind will be blowing somewhere,” Paterson said.

The United Kingdom could explore more around hydropower and solar energy.

“People make the quip about the UK being gray, but you don’t need to know too much about solar cells to know that’s irrelevant. You will get more if it is sunny, but even in Manchester, you’d get plenty of electricity and there’s opportunity for that.”

Another part of the answer is focusing on the demand side, not just supply, said Lisa Fischer, who leads the climate think tank E3G’s program on the decarbonization of energy systems.

“Europe has been building renewables quickly, and while we could go faster, what has been slow is critical action in cutting energy demand and making it more flexible,” she told CNN Business.

In England and Wales, data shows that homes that aren’t newly built are not meeting basic energy efficiency standards. Many older properties have no effective insulation, with single-glazed windows that let too much heat out and cold air in. People also typically heat their homes with gas-fired boilers, though electric heat pumps run on renewables are growing in popularity.

Smart grids are another big part of the solution, Fischer said. Smart grids are digital electricity networks that can intelligently assess the behavior of its consumers, then respond with the right amount and type of energy required.

While Europe has strong mandates for smart grid developments, the bloc and the United Kingdom lag behind countries like the United States and China, which are leading investment in this technology, according to the IEA.

Rooftop solar panels are another option. The UK government has flip-flopped several times on subsidies and regulations around rooftop panels for new homes. Better support in that area would allow residents to store energy themselves and sell unused power back to the national electricity grid, Fischer said.

“If we don’t harness that, then we will need fossil fuels as a backup. If we do, it’s definitely possible to operate energy systems without a fossil fuel backup,” Fischer added.

While a full transition to renewables and low-emissions energy will mean more security independence for countries, the technology to harness the energy will create clear winners and losers in an energy-driven world order.

A report by the International Renewable Energy Agency showed that China was in the best position to become the globe’s “renewable energy superpower.” It is currently the world’s biggest producer, exporter and installer of solar panels, wind turbines, batteries and electric vehicles, the report shows.

Exporting and even building this infrastructure will give China’s standing in the world a boost and increase its influence.

“What China has been doing and will likely continue to do, is to export the equipment that is used to produce renewable energy,” said Dominic Chiu, a China analyst with the Albright Stonebridge Group.

That dynamic means that there is still lots of potential for energy security to get tied up in geopolitical tensions, or other thornier topics.

An investigation published in May by the UK’s Sheffield Hallam’s University, for example, found that China was using forced labor from ethnic-minority Uyghurs in the production of solar energy panels. This prompted the United States to impose trade bans on five Chinese entities linked to the abuse.
On a recent trip to Tianjin, US climate chief John Kerry said Chinese officials complained about the sanctions, arguing they limited how cooperative China could be with the world on climate.

“That is a potential concern that many countries have with China’s polysilicon production,” Chiu said, referring to the material used in the panels.

But sanctions haven’t had a huge impact on the industry, Chiu said.

Beyond the obvious climate benefits, there is an undeniable political advantage of renewables over fossil fuels such as gas. A country like Russia can cut off supplies for Europe with a flick of a switch, but once a solar panel or windmill is installed, that’s that — no country can take the sun or wind away from another.