By: Nabih Bulos, Chris Megerian
In: Uncategorized
With: 0 Comments 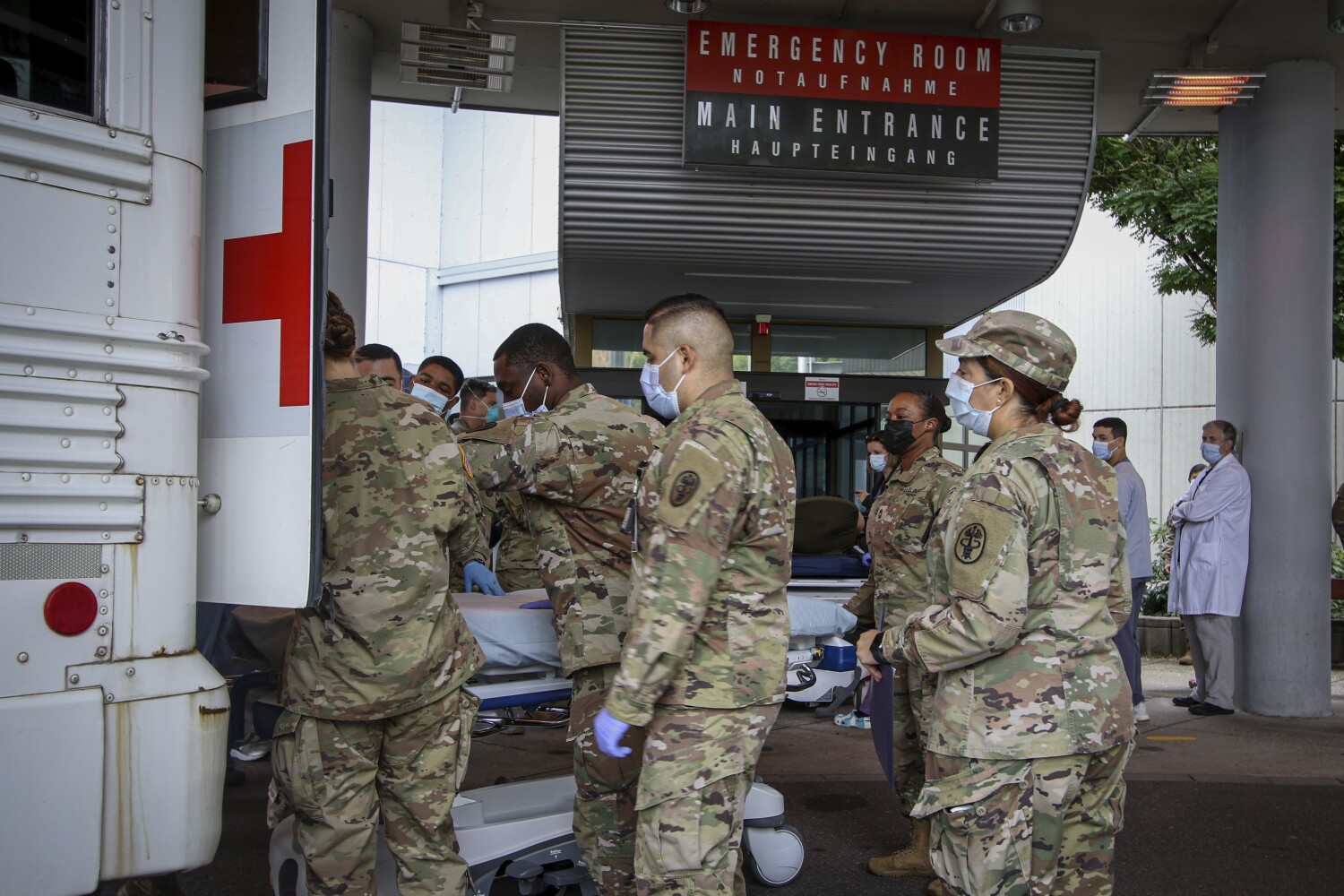 The United States launched another drone strike Sunday, destroying a car loaded with explosives and suicide bombers heading for the international airport in Kabul, where U.S. troops are frantically trying to complete their evacuation of Afghanistan, military officials said.

“We are confident we successfully hit the target,” said U.S. Navy Capt. Bill Urban, a spokesman for the U.S. military’s Central Command. “Significant secondary explosions from the vehicle indicated the presence of a substantial amount of explosive material.”

The missile strike came after the U.S. warned of a “specific, credible threat” to the airport, the site of a horrific suicide bombing on Thursday — claimed by ISIS-K, Islamic State’s branch in the country. Thirteen American service members and at least 170 Afghans were killed in the attack. President Biden had warned that another attack on the airport was “highly likely in the next 24-36 hours.”

There were also reports of a rocket hitting a house in the Khwaja Burgha neighborhood, a few miles northwest of the airport. It was unclear whether the incidents were linked. Video of what was said to be the blast site posted on social media showed smoke coming out of several buildings. Local media reported the attack killed civilians, including a number of children.

Assessments were ongoing to see if there were civilian casualties from the drone strike, but Urban said there were no indications of that “at this time.”

The attack comes as American troops face a Tuesday U.S. self-imposed deadline to leave Afghanistan after the two-decade war to dislodge the Taliban. Instead, the U.S. leaves with the Taliban arguably stronger and America’s allies either fleeing or in hiding, and the country on the cusp of returning to some form of theocratic rule.

Afghanistan’s aid-dependent economy is starved for dollars and may soon collapse, forcing the Taliban-run central bank to limit withdrawals to 10,000 Afghani or $200 every 24 hours per customer. The result has been long lines in front of ATMs, with AK-47-toting Taliban fighters making sure matters don’t grow unruly.

On Sunday, what had been a steady cycle of aircraft landing, loading Afghans and foreign nationals and then taking off was markedly fewer, with only a few military C-17 Globemaster transport aircraft flying out of the airport throughout the day. The White House said Sunday that some 2,900 people were evacuated from Kabul in the last 24 hours — a sharp decrease from the some 20,000 evacuations per day at the airlift’s peak. About 114,400 people have been evacuated from Afghanistan since Aug. 14.

With the Americans reducing troop levels at the airport amid the risk of ISIS-K attacks and other security concerns, they have been forced into a cordial if apprehensive working relationship with their onetime adversaries in the Taliban.

That relationship has been on display in recent days, with U.S. commanders and turbaned Taliban fighters in shalwar kameez meeting for regular confabs over establishing security perimeters and ensuring crowds stay away from the airport so that there will be no repeat of Aug. 16, when a deluge of thousands of desperate Afghans swarmed the tarmac.

“They’re acting in their interest,” said Biden in a news conference after the ISIS-K attack on Thursday. “It’s in their self-interest that we leave when we said and that we get as many people out as we can.”

In the same news conference, the Central Command’s Marine Gen. Kenneth McKenzie said that countering the Islamic State group included measures such as “reaching out to the Taliban, who are actually providing the outer security cordon and around the airfield to make sure they know what we expect them to do to protect us.”

A day after the Thursday bombing, the Taliban pushed back the crowds that had been swarming the airport gates well away of the airport’s environs, setting up checkpoints and roadblocks on roads leading to the airport and restricting entry to those who had the proper paperwork to get on an evacuation flight.

Another example of that mutual self-interest in action occurred on Sunday when Badr-Ul-Din, a 23-year-old Taliban emir — the group’s name for commanders — walked down a road running along a fence blocking off the runway. Only a few Americans were in sight, including a pair of mine-resistant armored vehicles and soldiers hidden behind the bulletproof-glass of a guard tower. He stopped at one of those guard towers, where a group of U.S. Rangers eyed him warily, and asked for an interpreter.

Minutes later, a black SUV appeared from the American-controlled side of the airport and drove to a makeshift roadblock of pickup trucks and concertina wire, which marked the beginning of Taliban-controlled territory. A lanky, mustachioed translator interpreter — his mask kept on slipping — and an American official wearing jeans, a T-shirt and a Glock pistol on his side walked out of the SUV. The Ranger captain from the tower joined them, and they approached the concertina wire as Badr-Ul-Din stared at them from the other side.

After greetings were exchanged, Badr-Ul-Din asked when the Americans would leave and if they could move some of the concertina wire so his fighters could secure the area after their departure. The official, after acknowledging the “great job” the Taliban had been doing in keeping crowds at bay, promised that there would be forklifts with keys and gasoline for Badr-Ul-Din’s fighters to move any barriers.

“Don’t worry. There are plenty of usable vehicles for you in there,” he said, gesturing towards the runway, where a dark-gray C-17 Globemaster warmed up its engines.

Other instances of cooperation have also cropped up with military commanders on both sides coordinating the entry of Americans or Afghan officials for evacuation, Biden said.

“There have been occasions when our military has contacted their military counterparts in the Taliban and said, ‘This…’ — for example, ‘This bus is coming through with X number of people on it, made up of the following group of people. We want you to let that bus or that group through,” Biden said. “And to the best of my knowledge, in those cases, the bulk of that has occurred — they’ve been let through.”

Yet the arrangement with the Taliban has been a tough pill to swallow domestically. Sen. Ben Sasse (R-Neb.) added to a chorus of criticism of the Biden administration when he criticized the evacuation plans on ABC‘s “This Week” on Sunday.

“People have died and people are going to die because President Biden decided to rely on happy talk instead of reality,” Sasse said. “And so they decided to outsource security around the perimeter of the airport to the Taliban.”

Tensions were also evident among the Taliban’s ranks.

With the discussion with Badr-Ul-Din finished, the official suggested a handshake across the concertina wire barrier.

“I don’t shake hands with foreigners,” said Badr-Ul-Din, walking away from the barrier and heading back to his cadre.