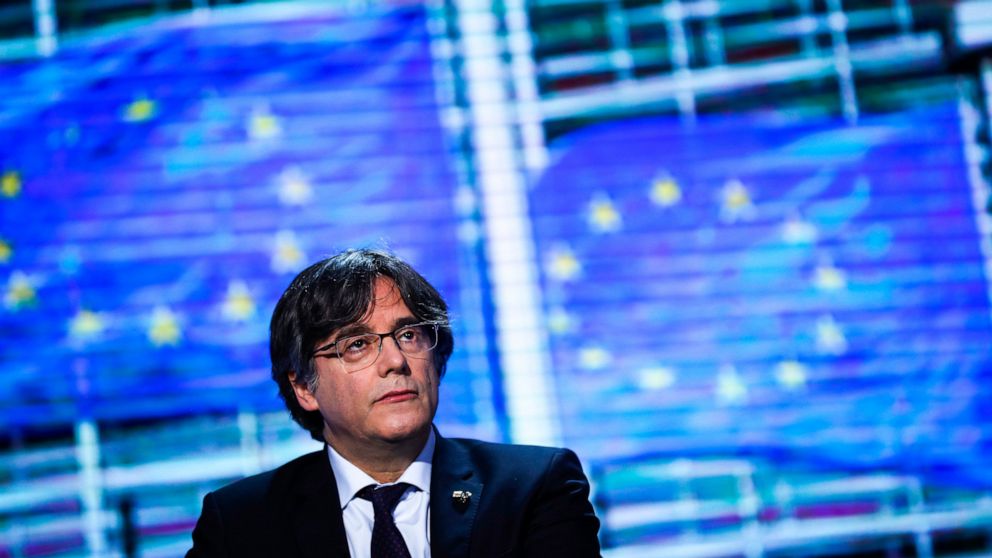 A former Catalan leader sought by Spain for his secessionist bid is awaiting an extradition decision from a judge in Sardinia, Italy, where he has been detained

ROME — A former Catalan leader sought by Spain for a failed 2017 secession bid is expected to appear at an extradition hearing Friday after being detained in Sardinia, an Italian island with strong Catalan cultural roots and its own independence movement.

Italian police on Thursday night transferred Carles Puigdemont to a jail in Sassari, a Sardinian city near Alghero, where he had been detained upon arrival at the airport there. Alghero is hosting a traditional Catalan folklore festival that he was expected to attend.

His Spanish lawyer, Gonzalo Boye, said Thursday night that his client was being detained in Italy under a 2019 European arrest warrant, even though it has been suspended.

Earlier in the week, Sardinian media reported that Puigdemont had been invited to a closed-door gathering elsewhere on the island of sympathizers of a Sardinian independence movement. Sardinian separatist supporters holding flags and banners gathered outside the courthouse Friday to show solidarity as they waited for Puigdemont’s arrival at the tribunal.

Puigdemont’s Italian lawyer told reporters outside the courthouse that the start time of the hearing would be established after he and the judge have more time to review paperwork, indicating it might even be held over until Saturday.

Any decision by the judge in Sassari in favor of extradition would ultimately have to be approved by the Italian justice minister in Rome.

Puigdemont and a number of his separatist colleagues fled to Belgium in October 2017, fearing arrest after holding an independence referendum for Catalonia that the Spanish courts and government said was illegal.

Nine Catalan separatists later received prison sentences for their role in the 2017 referendum ranging from nine to 13 years. They were pardoned in July, but Puigdemont, who fled, was not.

He holds a seat in the European Parliament, although that legislature stripped him of parliamentary immunity.

The Spanish government in a statement said Puigdemont’s detention in Sardinia “obeys a legal process which is underway and which applies to any citizen of the European Union who must respond to his acts in court.” Spain said it would respect decisions taken by Italian authorities and its courts.