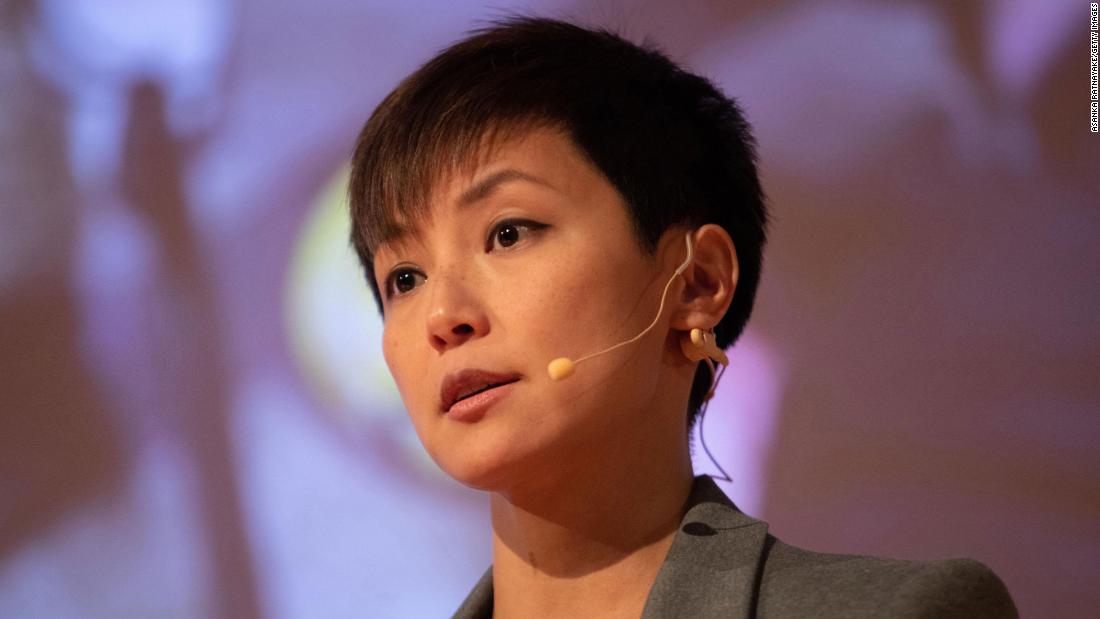 She was one of six people arrested in an early morning operation, all linked to online media organization Stand News. Police later confirmed at a news conference that a seventh person had been arrested. They have been accused by police of “conspiracy to publish seditious material,” a colonial-era crime.

Ho, a former Stand News board member, was born in Hong Kong but grew up in Canada. She found fame in the early 2000s with a string of hit albums, before later building a successful career as an actress.

She later became an international face of Hong Hong’s pro-democracy movement, appearing before both the United Nations and the United States Congress.

Police spent more than two hours at Ho’s home Wednesday, according to her assistant, who asked not to be named. Officers seized phones and computers, as well as Ho’s identification card and passport. She was then taken to a police station, according to a post on Ho’s verified Facebook page.

Also on Wednesday, some 200 police officers raided the Stand News offices and seized journalistic materials, according to the Hong Kong government and the Hong Kong Journalists Association — raising further concerns about diminishing press freedoms following the imposition of a sweeping National Security Law on the city in 2020.

The Hong Kong government has repeatedly denied criticism that the law — which criminalizes acts of secession, subversion, terrorism, and collusion with foreign forces — has stifled freedoms, claiming instead it has restored order in the city after the 2019 protest movement.

Ho first took an interest in politics in 2012 after coming out as gay, but it was the 2014 student-led Umbrella Movement that saw her take up a more prominent role.

During the mass pro-democracy demonstrations and sit-ins, Ho took to the streets, becoming one of the movement’s most outspoken supporters — and one of the last to be hauled off by police when they cleared the protest camps.

“I have this younger generation who listens to my music,” Ho told CNN in 2017. “So I think I have this responsibility to do the right thing, and not spread fear by my actions.”

When pro-democracy, anti-government protests once again consumed Hong Kong in 2019, she continued marching with demonstrators, but also used her platform to seek support internationally.
In July 2019, she spoke before the UN Human Rights Council in Geneva, urging the organization to “protect the people of Hong Kong” and remove China from the council. She argued China had reneged on the commitments it made when it took control of Hong Kong in 1997, echoing the concerns of millions of Hong Kongers protesting at the time.

During the UN address, Chinese diplomats repeatedly interrupted, accusing her of violating the UN constitution and of “baselessly” attacking Hong Kong’s “one country, two systems” model of governance.

Her activism has also drawn other repercussions over the years — including being blacklisted and censored in mainland China.