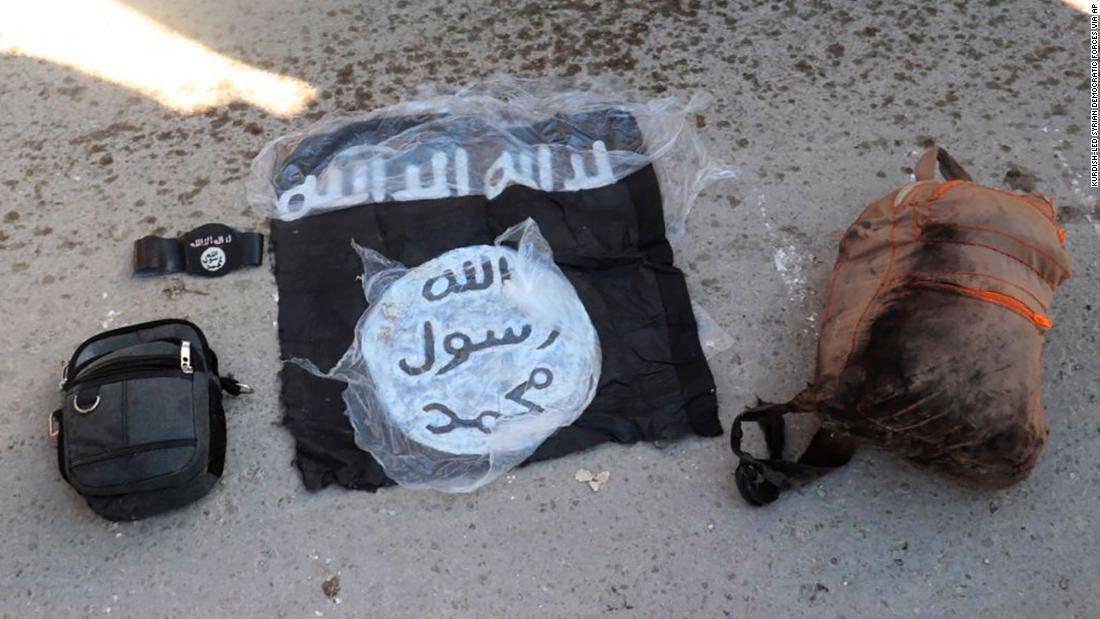 The assault on the Ghweran prison, located in the northeastern city of Hasakah began Thursday when a car bomb exploded outside the facility, according to the Syrian Democratic Forces (SDF). The Kurdish-led SDF is the dominant military force in the region and a key US partner in the fight against ISIS.

ISIS fighters then snuck into the area and struck local forces guarding the prison, while the militants inside burned blankets and plastic items inside dormitories “in an attempt to create chaos,” the SDF said. It is not clear if the actions were coordinated or if the inmates simply saw an opportunity to sow confusion at an opportune moment.

The SDF said Thursday it “thwarted” the attempted jailbreak; however, small clashes were still reported in the area Friday. ISIS said in a statement Friday it was launching a “large-scale” attack to liberate the entire prison. The head of the SDF said later Friday they had fended off the attack with the support of airstrikes from the US-led coalition in Iraq and Syria fighting ISIS.

Pentagon Spokesman John Kirby confirmed the airstrikes during a press briefing at the Pentagon on Friday.

Farhad Shami, head of SDF Media Center told CNN Friday SDF forces killed 28 ISIS militants in the clashes. At least 89 inmates managed to escape, but have since be recaptured, the SDF said in a statement. Several militants involved in the assault were thought to be hiding out in civilian homes near the prison, forcing authorities to put up a security checkpoint, it said.

Some 11,000 to 12,000 ISIS fighters are held in prisons and detention camps in northern Syria run by the SDF. While this is not the first such prison break attempt — several escaped in 2020 by ripping off doors and using them to destroy a wall — concerns are mounting that the timing and audacity of the attack are indicative of the terror group’s renewed strength.

ISIS also claimed responsibility for an ambush on an Iraqi military post near Baghdad on Friday in which 11 soldiers were killed.

“Certainly, the attempts to revive terrorism in the region cannot be underestimated,” Iraq President Barham Salih said in a tweet Friday.

‘Break down the fences’

At the height of its power in 2014 and 2015, ISIS governed a self-styled caliphate which stretched over large swaths of Syria and Iraq. Further abroad, ISIS was linked to massive terror attacks, including a truck bomb killed almost 300 people in Baghdad in 2016, just months after gunmen and suicide bombers attacked the Bataclan and other locations in Paris. Other atrocities were allegedly inspired by ISIS, such as truck attacks in Berlin and Nice, France.

The terror group was eventually driven out of power, but many warned militants could continue to operate from the shadows.

In 2019, Iraq’s then-head of military intelligence, Lt. Gen. Saad al-Allaq, warned such prison breaks were being planned. He said a new ISIS mission the terror group codenamed “Break Down the Fences” intended to storm jails where their followers were being held and try to rebuild its structures from there.

“We need to develop the intelligence effort of the Iraqi armed forces through technical and sensing equipment, thermal cameras, and modern fortified towers,” Allawi told CNN.

Allawi also said the Iraqi armed forces need to continue cooperating with the US-led coalition in Iraq which, since 2021, is no longer engaged in combat missions.

The coalition is now focused on training and assistance, but its presence remains controversial. The Iraqi government is under tremendous pressure from powerful Iran-backed Shia militias to end the presence of US troops in Iraq.

The prison attack serves as a sharp reminder about the challenges of combating Sunni extremists like ISIS and the readiness of Iraqi security forces to repel terror attacks.