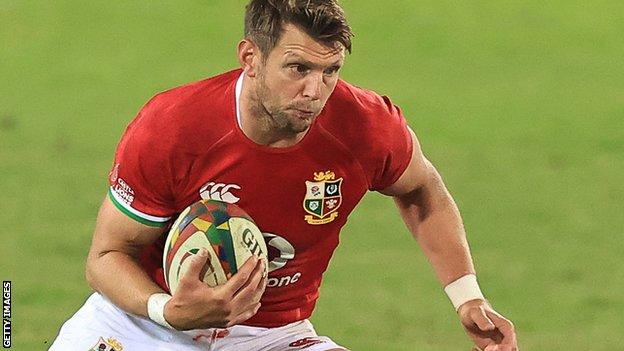 Dan Biggar’s earliest memories of watching the British and Irish Lions are still vivid. Saturday mornings spent at home with his mother Liz, eating breakfast as Brian O’Driscoll and Co ran Australia ragged at the Gabba.

Biggar’s mum was his biggest fan. From that summer of 2001 together on the sofa to his stellar career as a 92-cap Wales fly-half, she was always there for him.

When Liz was taken to hospital earlier this year and her son was named in the Lions squad for their tour of South Africa, she told him to go, whatever happened.

Liz died in May. After her funeral the following month, Biggar took his mother’s advice and travelled to South Africa, where he will discover this week if he is to make his first Test appearance for the Lions when they face the Springboks in Saturday’s series opener.

The 31-year-old is favourite to wear the number 10 jersey in Cape Town, but it will be a nervous wait nonetheless.

And when the moment of truth arrives, for once it will not be his mother who Biggar calls first to share the news.

Biggar will have counted on that emotional support four years ago, when he toured New Zealand with the Lions, but did not feature in any of the three Tests.

He harnessed that disappointment as fuel for club and country. Since 2017, Biggar has won two Six Nations titles – including one Grand Slam – and reached a World Cup semi-final with Wales, while he has evolved his attacking game having joined Northampton three years ago.

It is in Biggar’s determined, meticulous nature that he can respond so impressively to a setback such as the 2017 Lions tour.

But while overcoming a professional disappointment is one thing, profound personal grief is something different altogether.

“It was a challenging couple of weeks before the tour,” adds Biggar.

Watching him play in South Africa, you would not know Biggar has had to contend with such anguish. Nor would you know he has done so thousands of miles from his wife Alex and young son James.

The Welshman’s performances in the warm-up matches have been composed and authoritative.

It is partly because of his skill, his tactical nous, his sheer determination – all that makes him an elite international athlete.

But also because, in rugby, Biggar has found refuge at this difficult time.

In his pursuit of a first Lions Test cap, he has found solace in a sense of purpose.

“That’s what’s helped me over the last few months,” he says.

“I’ve had something to go into work every day and focus and take my mind off other things.

“I see it as a real positive in terms of jumping in with both feet and getting everything sorted ahead of a huge week.

“This has been a really good distraction for me in terms of preparing. I am lucky to have loads of good people around me as well which helps.

“I just hope it is worthwhile, not just for me but everyone else is going through tough times away from home and missing families as well.

“For us to get off to a good start on Saturday and then build on that as the weeks go on would be worthwhile for being away for so long in such a tough situation.”