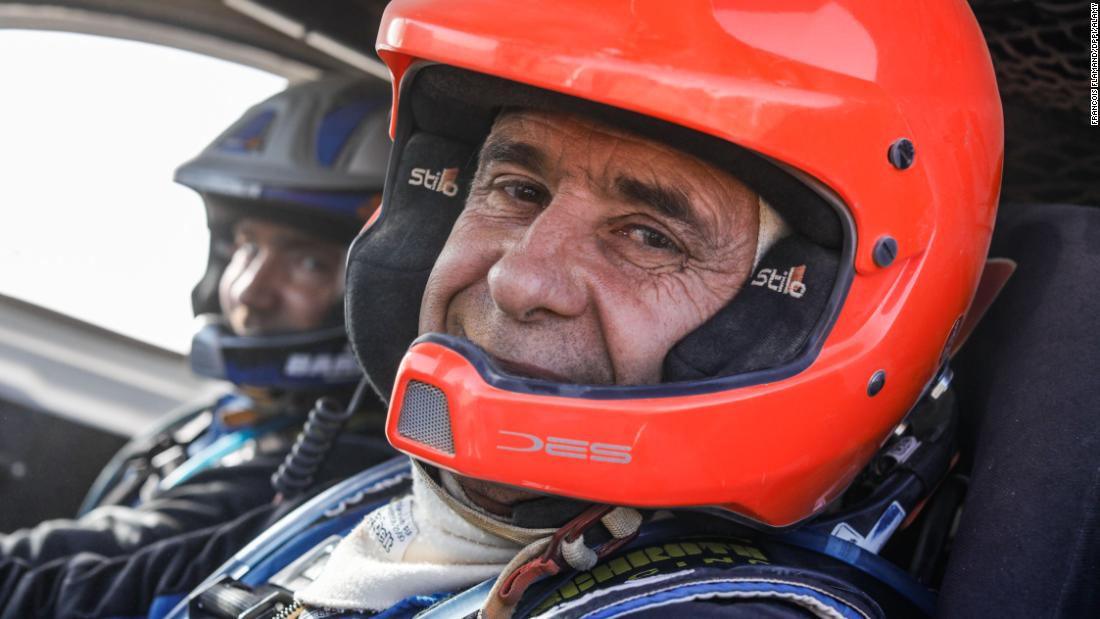 The blast hit a support vehicle belonging to the French team Sodicars soon after it left its Jeddah hotel for the race route, injuring driver Philippe Boutron, Reuters reported, citing accounts from the team and race organizers.

A spokesperson for France’s national anti-terror prosecutor’s office confirmed to CNN that they have opened an investigation into an attempted assassination “related to a terrorist enterprise.”

The French Ministry for Foreign Affairs said that the car’s French driver was “seriously injured,” while the five passengers, also French, were “unharmed.”

Sodicars said that the driver was repatriated Monday to the Percy Military Hospital in Clamart.

“He was immediately taken care of by medical teams, and is in the hands of experts, accompanied by his family. His legs were smashed up by the explosion and he was placed in an artificial coma in order to alleviate his suffering,” Sodicars said in a statement released Tuesday.

Benoit Boutron, sports journalist and son of the wounded driver, told French radio station RMC that his father is out of the coma.

“It’s quite serious what happened, he’s terribly wounded. The info that I can give you is that he’s out of the coma, so that’s already a first step, and with this type of accident, you’ve got to take things step by step.

“He’s indeed seriously wounded in both legs, and we’ll know more in ten days or so. There you go, we’ve got to stay cautious at this point.”

Meanwhile, the French Ministry for Foreign Affairs issued a statement warning that “the terrorist threat persists in Saudi Arabia. It is advisable to exercise maximum vigilance in daily life, especially when traveling.

“An investigation by the Saudi authorities is underway to determine the cause of the explosion. The hypothesis of a criminal act is not ruled out,” the ministry said in a statement on January 1.

CNN has contacted Saudi Arabia’s Ministry of Media for comment.

“We hope the investigation follows its course, that it progresses well and that they find the people concerned,” Marie-France Estenave, Sodicars spokesperson, told CNN.

The Dakar Rally was held in Europe and Africa from 1979 to 2007 but was moved to South America and then the Middle East in 2020 after the 2008 event was canceled following security concerns.

Mayeul Barbet, a colleague of Boutron who was in the car at the time of the incident, told French radio station RMC the team left the hotel as normal to prepare the car.

“We drove 500 meters and then ‘boom’ an explosion. There you go, we don’t know what’s happening, a big explosion.”

“After the explosion, I was stuck to the roof of the car, so that’s not normal … in a car accident, we’re thrown forward, but here I was thrown to the ceiling in fact. So I knew in my head that something wasn’t right,” he said. ”There was quite a confused atmosphere in the car, with airbags deploying… so we get quickly out of the car. But before we get out, Philippe said something to me, he said, ‘Mayeul, you’ve got to get me out.’ So there, I understand that he’s wounded.”

Barbet, who helped Boutron out of the car, said: “I saw that his legs were really hurt, I initially decided to leave him in the car so as not to move him.

“We did a first tourniquet, so that he wouldn’t bleed a lot, and in fact, the car started to catch on fire. So then we decide to get him out, to put him in safety and take care of him.”

Barbet said that when the car’s passengers got out of the car, they assumed they had been in an accident and looked for another vehicle, but realized “there’s nothing around us. We’re alone in the middle of this road.”