By: Virginia Heffernan
In: Uncategorized
With: 0 Comments 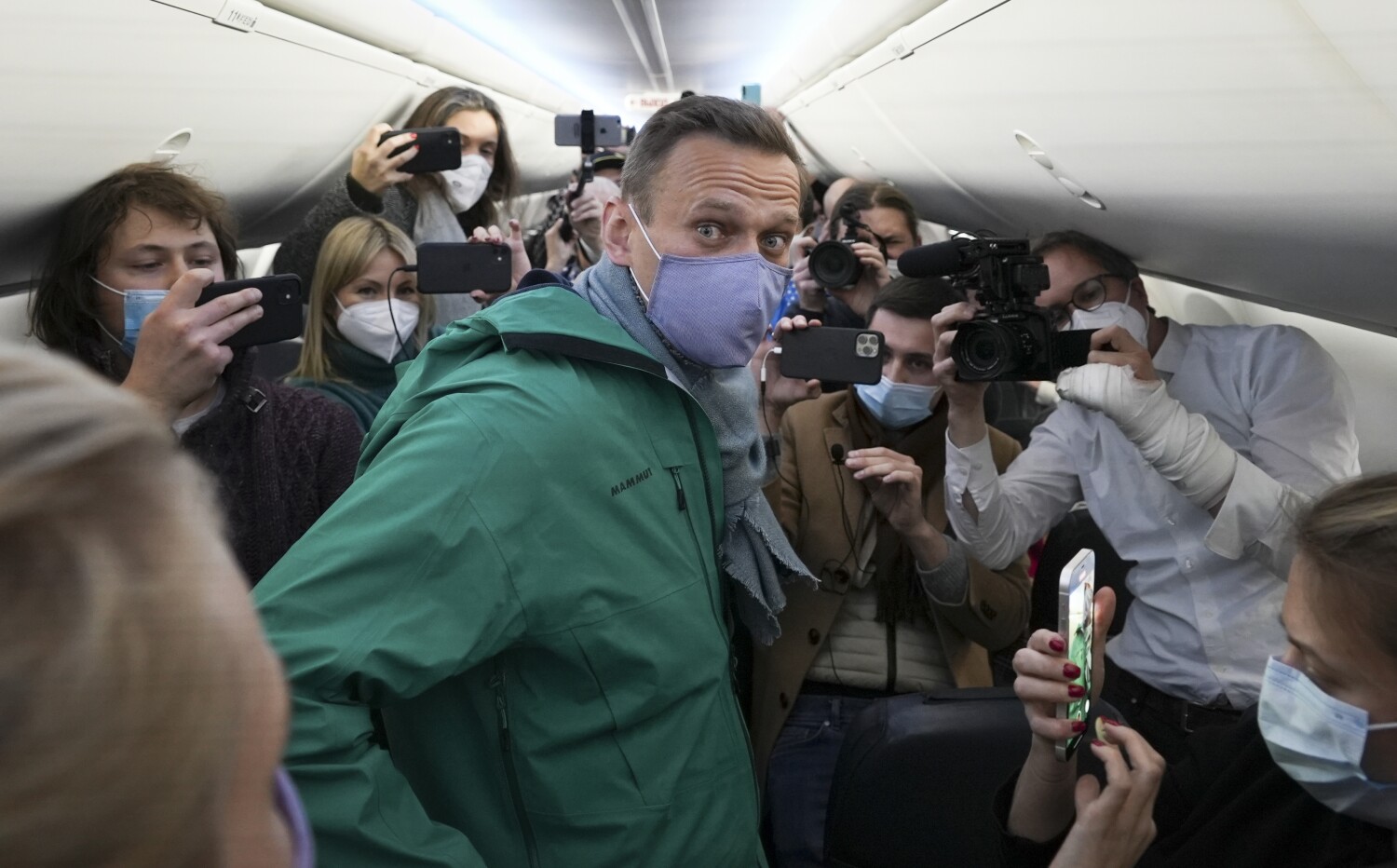 Alexei Navalny is considered the man Vladimir Putin fears and despises more than anyone on Earth.

What’s really unusual about Navalny, a formidable dissident, anti-corruption crusader and now a political prisoner — is his tone. In spite of having been jailed, poisoned, rendered comatose and then jailed again, he’s not dour, solemn or even self-righteous.

Over the last decade, in his crusade to topple Putin, Navalny has engineered an activist wrecking ball in Russia and a related media mini-empire. He — it — now publishes some of the videos and posts from his influential blog in English.

On Twitter, he has more than 2.6 million followers. He follows about 1,300 accounts, including NPR, House Speaker Nancy Pelosi, Stephen King, Conan O’Brien — and, yes, @TheDailyShow, with Trevor Noah.

These days, @navalny is overseen by his lawyer, but the man himself still seems to tweet and retweet, which can’t be easy since he’s currently locked in an isolation unit in Penal Colony 2, a notoriously brutal prison just outside Moscow.

One year ago, in August 2020, Navalny was poisoned with the nerve agent Novichok in a near-fatal assassination attempt, presumably orchestrated by Russian authorities.

Navalny spent months recovering in Germany, only to be arrested on trumped-up charges when he returned to Russia in January. At a show trial he was sentenced to prison for a nonexistent parole violation.

When Navalny was ushered into Penal Colony 2, a former prisoner told news media that the dissident would be stressed in innumerable ways. Under these conditions, the man said, “your personality deforms.”

This week and last, Navalny has spoken publicly as the anniversary of his poisoning came around, including a written interview with the New York Times. And he is seemingly undeformed.

It’s worth asking why officials allowed Navalny to talk to Western media at all, and whether he’s actually allowed to speak freely, though he has been designated a prisoner of conscience by Amnesty International, which gives him certain protections.

Of course, Navalny wasn’t exactly sunny, describing how he was deprived of sleep, forced to do and undo menial chores in an endless loop and compelled to watch state propaganda for eight hours a day, eyes wide open.

But the brainwashing hasn’t taken. Navalny described old film of Russian Olympians defeating Americans and Canadians as well as laughable whitewashings of history — an attempt to construct a “heroic” legacy for Russia, a “completely fictional past.”

In spite of everything he and others in the opposition have endured, Navalny projects supreme confidence that Putin’s authoritarian reign won’t last. Is it denial, theater or truth? Maybe some of each.

But Navalny’s certainty should come as welcome news to Americans, at a time when Putin sometimes seems indomitable for his and his minions’ successes at disinformation and election interference.

“The Putin regime is an historical accident,” Navalny wrote. “Sooner or later, this mistake will be fixed, and Russia will move on to a democratic, European path of development. … That is what the people want.”

Unlike stony political prisoners of the Soviet era — Alexander Solzhenitsyn being the best known — Navalny and his crew project a discordant kind of defiance by irony that really does bring Stewart or Conan to mind.

(Not to say an American comedian could endure — much less crack wise in — a Russian prison.)

In the video, filled with clever editing tricks and animation that made me laugh out loud, Shaveddinov deadpans a story about living in a barrel in the Arctic, confronting polar bears, surviving largely on snowmelt and having little for comfort but images of Putin and Jesus Christ.

It sounded satirical (I was reading English subtitles that no doubt missed subtleties). But many of the images are documentary.

As has been widely reported, Shaveddinov was forcibly conscripted in December 2019 by the Russian army. He served on an antiaircraft missile base at the barely habitable outer reaches of the European continent, in Novaya Zemlya, an archipelago on the Arctic Ocean.

Though Shaveddinov’s kidnapping and exile are styled as punishment for draft-dodging, they were almost certainly retaliation for his political activity.

Navalny is determined to expose stories like Shaveddinov’s to a global audience — and make them, against all odds, entertaining. In prison and out, he counters the extreme measures the Kremlin has taken to silence him with his confidence in activists, reformers, NGOs, media and above all the Russian people who, in Navalny’s telling, begin to sound more pro-democratic than at least some Americans.

Maybe the battle against authoritarianism and corruption in Russia will be won not by radicals on the barricades but by stoics with an unflagging sense of humor.

“When we cook” in prison, Navalny told the New York Times, “I always remember the classic scene from ‘Goodfellas,’ when the Mafia bosses cook pasta in a prison cell. … Unfortunately, we don’t have such a cool pot, and pasta is forbidden. Still, it’s fun.”