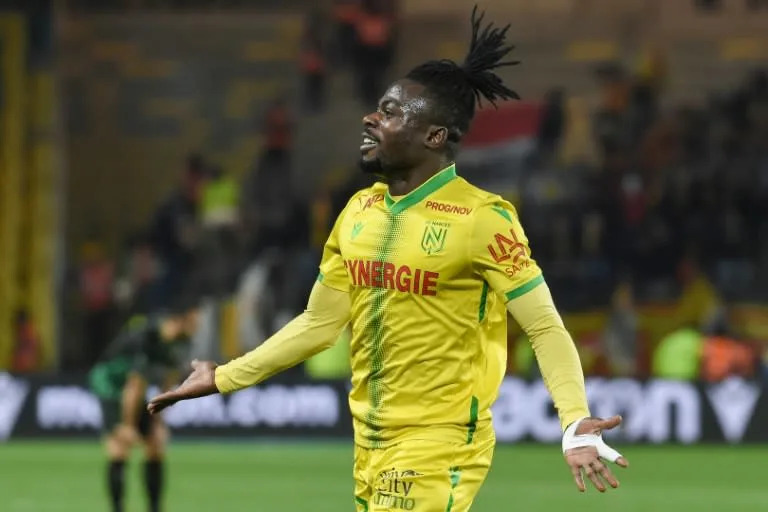 English Premier League goals chart-topper Mohamed Salah stretched his lead at the weekend by claiming the match-winner for second-placed Liverpool against Aston Villa off a penalty at Anfield.

Salah is one of three Africans among the top eight sharpshooters with another Liverpool star, Senegalese Sadio Mane, and Nigerian Emmanuel Dennis from Watford bagging seven each.

He scored his 21st goal this season in all competitions to fire Liverpool to a 1-0 win against Villa. Salah netted with a 67th-minute penalty after being fouled by Tyrone Mings. The 29-year-old’s 15th consecutive successful penalty left Liverpool one point behind leaders Manchester City.

The Zambia striker helped Leicester crush Newcastle 4-0 with his seventh goal of the season at the King Power Stadium. Daka scored in the 57th minute to put Leicester two up with a cool finish from a Harvey Barnes pass.

The winger grabbed his seventh goal in 15 Premier League appearances, but it wasn’t enough to stop the lowly Hornets crashing to a 2-1 defeat at Brentford. Dennis headed lowly Watford in front in the 24th minute to maintain his impressive run since signing from Club Brugge in the close-season.

The Algeria defender helped 13th-placed Villarreal to a 2-0 La Liga win over high-flying Rayo Vallecano. He finished at the back post to give Villarreal the lead in the first half before Gerard Moreno made it two.

Napoli fans had been looking forward to the return of Cameroon midfielder Anguissa from injury but his first significant act after entering the field was a calamitous and faintly comical one. With Napoli’s game with Empoli goalless, Anguissa cleared Patrik Cutrone’s flick from a corner back onto the Italian’s head and then watched as the ball ricocheted into his own net. Cutrone’s goal led to Napoli finishing the weekend fourth having led the league before last weekend’s fixtures.

The Algeria left-back scored for the first time this season as his struggling Gladbach side slumped to a 4-1 defeat at RB Leipzig. Bensebaini gave his side brief hope when he made it 2-1 in the 88th minute, but two quickfire injury-time Leipzig goals condemned Gladbach to a third straight defeat.

The Ghanaian winger was involved in a penalty decision as Bochum held second-placed Borussia Dortmund 1-1. Antwi-Adjei was fouled by goalkeeper Gregor Kobel just before half-time, and Sebastian Polter converted the penalty to put Bochum ahead.

The Burkina Faso defender was partially at fault when his side conceded the first of five goals in a humiliating defeat to Eintracht Frankfurt. Leverkusen were leading 2-0 when Tapsoba and Jonathan Tah got in each other’s way at a corner, allowing Tuta to get Frankfurt back into the game. The home side equalised soon after before rampaging to a 5-2 win.

The Nigeria winger had started all but one Ligue 1 game this season for Nantes before being dropped to the bench for a game against Lens. His team came from 2-0 down at half-time to draw level before Simon was sent on as a substitute and scored a stunning 90th-minute winner. The 26-year-old is inconsistent but capable of producing such moments of magic, so Nantes will miss him when he goes to the Africa Cup of Nations in January.

The 20-year-old striker was recalled to the Reims starting line-up against Saint-Etienne and made the most of his chance to score his first goal of the season from a penalty in a 2-0 win. Toure also came close to scoring from an outrageous back-heel attempt in the second half and then missed a glaring headed opportunity. Ivory Coast-born Toure represents Mali at international level.