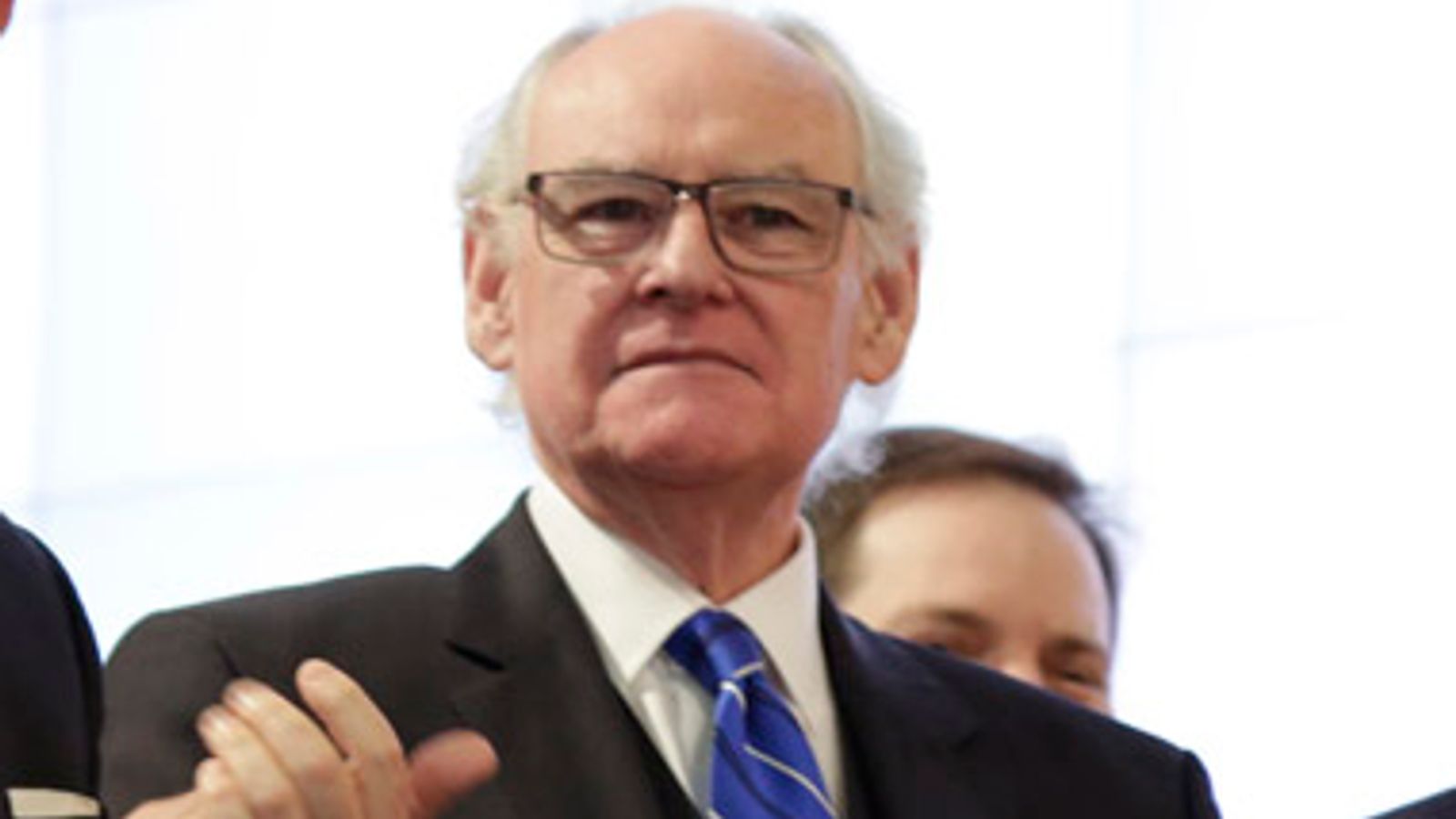 A British technology company which enabled ordinary investors to access a deluge of corporate cash calls during the COVID-19 crisis will this week name one of the City’s biggest heavyweights as its first chairman.

Sky News has learnt that PrimaryBid has recruited Sir Donald Brydon to fill the role, in what will be regarded as a signal of its growing ambition.

Sir Donald is a former chairman of London Stock Exchange Group – one of PrimaryBid’s shareholders – and has held numerous influential roles in the top tier of British business, including as chairman of Smiths Group and Royal Mail Group, which he helped to privatise in 2013.

This week, he will retire as chairman of Sage Group, the FTSE-100 software company.

Allied to his role as chairman of Tide, the digital banking group, his appointment at PrimaryBid will underline shifting trends in financial markets in the UK and beyond.

Advertisement
PrimaryBid, which was founded in 2016, uses an app to combine stock orders from small investors, aggregating them into one substantial application.

Its recruitment of Sir Donald brings into the fold a figurehead who has been deeply involved in the evolution of the City’s approach to corporate governance and capital markets in recent times.

The timing of his arrival is also opportune, coming in the wake of a review led by Lord Hill, the former EU commissioner, which recommended a series of reforms to UK financial markets.

John Glen, the City minister who retained his role in Boris Johnson’s recent government reshuffle, said recently that the Treasury wanted to “facilitate wider participation in the ownership of public companies, and to remove the disincentives that currently exist for the issuance of securities to wide groups of investors – including retail investors”.

“Doing so will allow a broader cross-section of society to benefit from their growth. It will also enable companies themselves to access a broader investor base, as well as improve market functioning overall by increasing the liquidity of markets,” Mr Glen said.

LSEG became a shareholder in PrimaryBid last year as part of a $50m funding round, having helped companies such as Compass Group, Ocado and SSP Group raise substantial sums of money during the pandemic.

The fintech was assisted by changes to the pre-emption rules at the start of the crisis, enabling companies to increase the amount of money they could raise without having to go through protracted shareholder approval processes.

PrimaryBid’s rapid growth has also been aided by shrewd marketing, such as an open letter it published in April 2020 – signed by leading City figures – calling for listed company bosses to accommodate retail investors when raising capital.

The letter was triggered by concerns that ordinary savers were being denied the chance to participate in heavily discounted share sales, with their pain compounded after seeing the value of their stock portfolios shrink during the market downturn at the start of the pandemic.

Retail investors directly own 13.5% of the UK equity market, equating to holdings worth roughly £420bn, according to ONS data from 2018.

PrimaryBid is also expanding into other European markets and aims to become a significant player in the US capital markets in due course.

Its other shareholders include well-regarded venture capital providers such as Hambro Perks and OMERS Ventures.