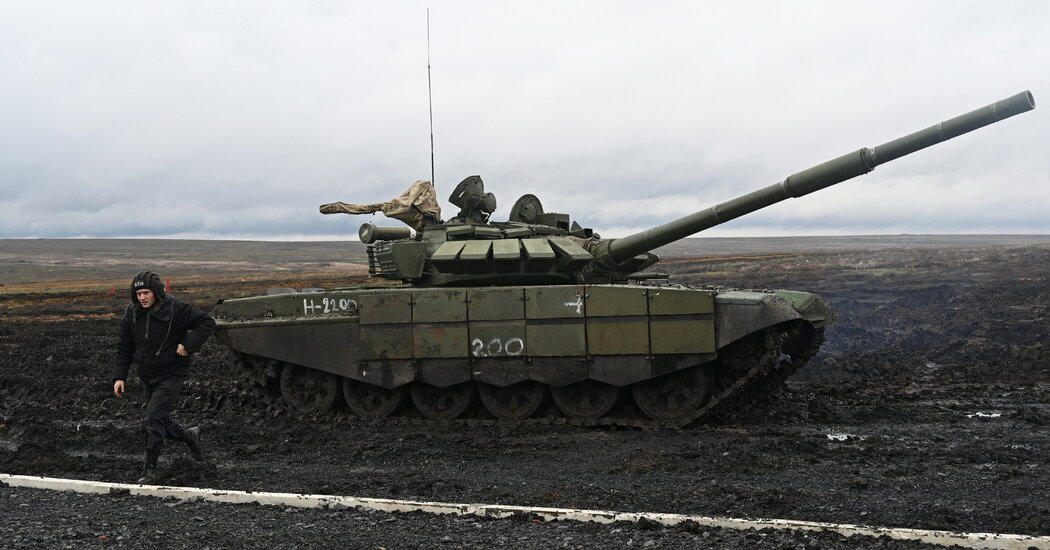 Biden and Putin Will Hold a Call on Ukraine

Meanwhile, the Kremlin has been sending conflicting signals. Over the weekend, Russia declared that 10,000 combat and special forces troops were returning to their barracks after concluding exercises. But few of those troops were close to Ukraine’s border.

Intelligence officials from several Western countries say that there has been no significant pullback of Russian troops or equipment from the border, and that low-level cyberattacks — many seemingly intended to penetrate Ukrainian infrastructure — are continuing.

Understand the Escalating Tensions Over Ukraine

Ominous warnings. Russia called the strike a destabilizing act that violated the cease-fire agreement, raising fears of a new intervention in Ukraine that could draw the United States and Europe into a new phase of the conflict.

The Kremlin’s position. President Vladimir V. Putin of Russia, who has increasingly portrayed NATO’s eastward expansion as an existential threat to his country, said that Moscow’s military buildup was a response to Ukraine’s deepening partnership with the alliance.

“We continue to be gravely concerned about the nature of the Russian troop presence there and the capability they have,” the senior official said.

Hoping the specter of more economic pain will deter Mr. Putin, the White House has very publicly moved to win agreements from Western allies to impose severe sanctions on Russia if it conducts a significant attack on Ukraine. The sanctions, they have said, will be considerably harsher than those the West levied in response to Moscow’s 2014 annexation of Crimea. Those penalties remain in place, and Mr. Putin remains in control of Crimea.

But Mr. Putin is seeking to make clear that he, too, has allies.

On Wednesday, Mr. Putin announced that a joint military exercise of Belarusian and Russian troops would take place early next year in Belarus, north of Ukraine. In the televised remarks, it was presented as a request from the Belarusian leader, Aleksandr G. Lukashenko.

“I know your commanders are considering my suggestion for training on the territory of Belarus,” said Mr. Lukashenko, who had said this fall that his country would join Russia in any conflict with Ukraine, raising fears that a military action might begin in Belarus. Moscow has massed hundreds of armored vehicles, artillery pieces and troops near the small Russian town of Yelnya, which is close to both Belarus and Ukraine.

“I would like this proposal to be approved,” Mr. Lukashenko said.

Mr. Putin responded: “As you have suggested, we will carry it out early in the year. The commanders will agree for March or February, I don’t know, whenever they decide.”