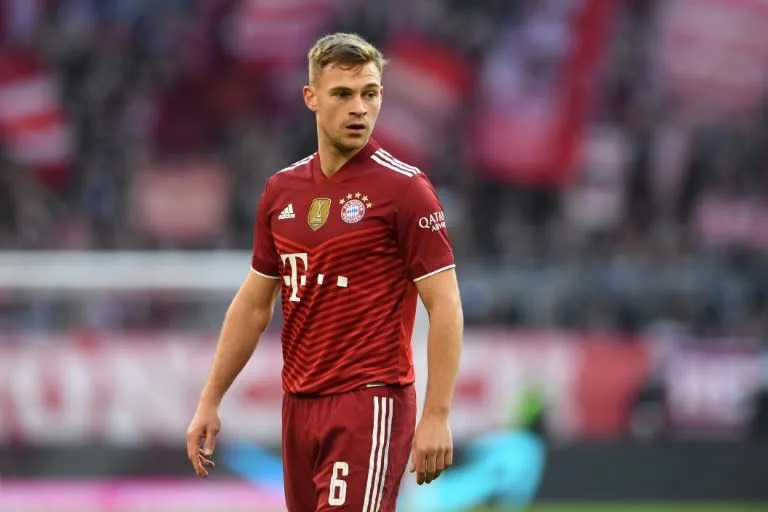 Bayern Munich coach Julian Nagelsmann said Friday he expects Joshua Kimmich to make a full recovery from Covid-19, but the Germany midfielder has been warned the path to full fitness may be long.

Kimmich is not expected to play again until January as he recovers from lung damage caused by covid after the 26-year-old, who is unvaccinated, tested positive last month.

In a statement, Kimmich has said he “can’t wait” to play and train again, but his enforced spell on the sidelines must continue as he has “slight infiltrations in my lungs”.

On Friday, Nagelsmann made it clear Kimmich will miss Bayern’s last three Bundesliga games of 2021 only as a precautionary measure.

“I’m not at all worried because the infiltrations are not dramatic,” said Nagelsmann.

“The break is a safety measure and no damage of consequence is to be expected.”

Kimmich is set to be one of Germany’s leading players at the 2022 World Cup in Qatar.

Like the defensive midfielder, his Bayern team-mate Eric Maxim Choupo-Moting also has infiltrations of the lungs after testing positive.

Nagelsmann said both players will do light exercise over the next ten days, with their health closely monitored, “then the infiltrations should be gone” and their training can be increased.

Kimmich has not played since November 6, after which he tested positive and only came out of house quarantine this week.

“It annoys him that he is absent,” Nagelsmann revealed.

“He’s one of the most ambitious players we have. He’s someone who plays frequently and has ants in his pants now.”

Kimmich sparked a heated vaccination debate in October when he revealed that he had declined a vaccine against covid due to “personal concerns”.

Nagelsmann said Kimmich is fully aware of the criticism he has taken, but insisted the footballer does not deserve to be treated as a scapegoat.

“There is no compulsory vaccination here (in Germany). He would have preferred the last few weeks to have been different,” admitted Nagelsmann, who like most of the Bayern squad is fully vaccinated.

While Bayern hope Kimmich and Choupo-Moting make full and speedy recoveries, other Bundesliga footballers have not been so fortunate.

One example is Freiburg’s French midfielder Jonathan Schmid, who has not played since August after contracting covid and is still rebuilding his fitness more than three months later.

Kimmich has been warned not to rush his recovery.

“It will be a rocky road to a comeback,” Germany’s three-time wrestling world champion Frank Staebler told news portal t-online.

Staebler contracted covid in late 2020 and after a long period of recovery, he won a Greco-Roman bronze medal at this year’s Tokyo Olympics.

But it was a lengthy process.

“In this case, (doing) a lot doesn’t help much. You just need a lot of patience,” Staebler added.

“Joshua Kimmich now has something he has never had before and that is very difficult to assess, because there are no long-term medical studies.”