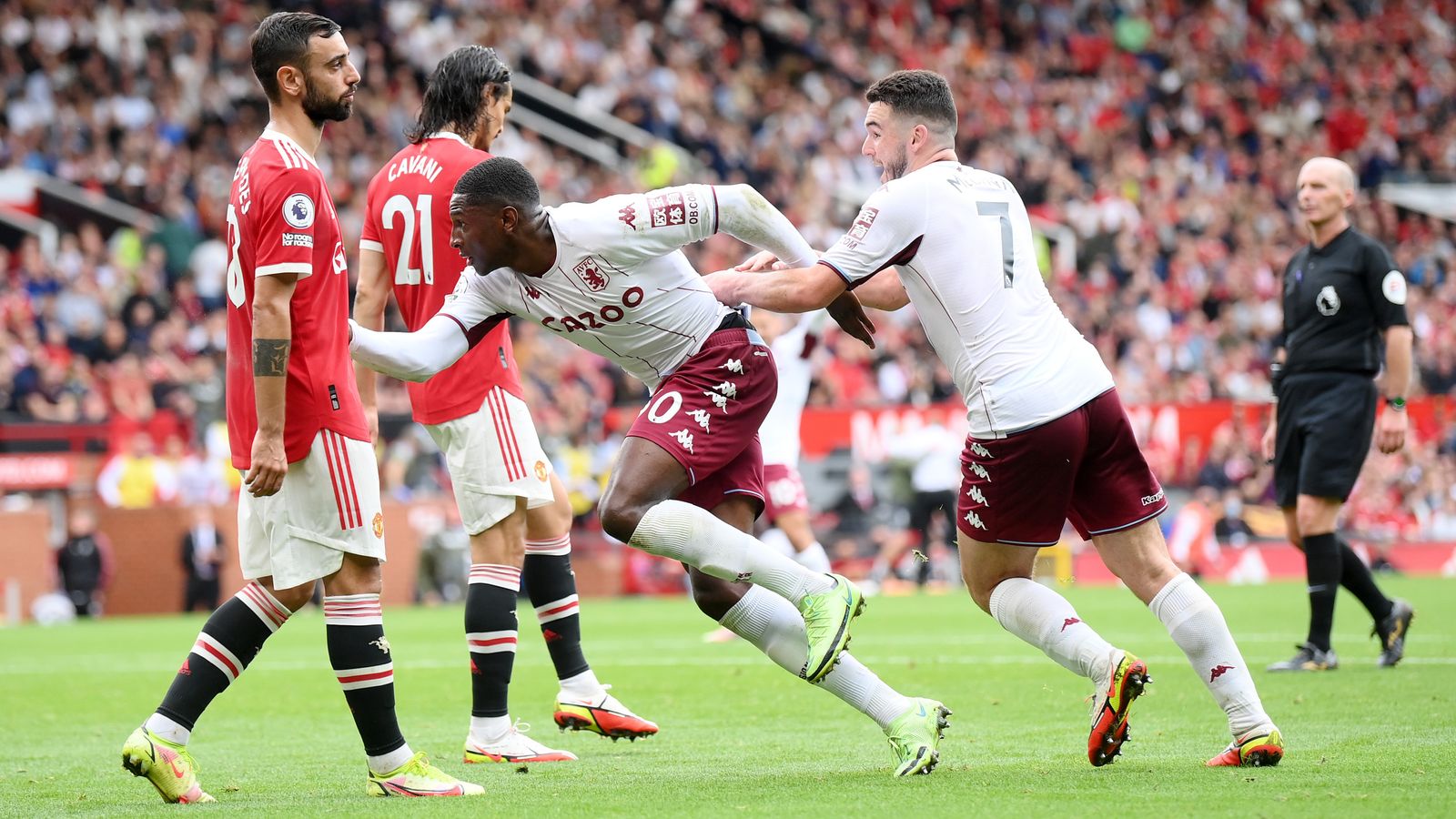 Ole Gunnar Solskjaer claimed Aston Villa’s late winner at Old Trafford should have been ruled out for offside after Manchester United suffered their first league defeat of the season.

With just two minutes left on the clock, Kortney Hause sent a bullet header past David de Gea from a corner to leave Villa on the cusp of a famous Old Trafford win.

United felt goalkeeper De Gea was impeded by Villa striker Ollie Watkins, who may have obstructed the sight of the ball from an offside position, but the goal was allowed to stand.

“It’s obviously disappointing, because [Aston Villa’s goal] is offside,” United manager Solskjaer said. “We were unfortunate to have that decision go against us.”

United were handed a late lifeline to salvage an unlikely point when Hause was penalised for blocking Edinson Cavani’s header with his arm.

Up stepped penalty specialist Bruno Fernandes, but the Portuguese missed from the spot for only the second time since moving to Manchester as Villa clung onto a 1-0 victory – their first at Old Trafford since 2009.

Solskjaer was annoyed by the reaction of Villa’s players to the decision – including keeper Emi Martinez seemingly suggesting Cristiano Ronaldo should take the penalty – but backed Fernandes, insisting he was the designated taker – and that he would step up again.

“First of all, what I didn’t like was the way they crowded the referee and the penalty spot and Bruno and tried to affect him,” Solskjaer added. “It clearly worked but that’s not great to see.

“Sometimes it just doesn’t go your way. Bruno is such a good penalty taker and today you would have backed him with your mortgage I would guess, unfortunately he just missed this one. But he is strong mentally and he’ll step forward again.

“Bruno has been excellent and Cristiano is probably the one who has scored the most penalties in world football. We’ve got great takers and it’s a missed opportunity for us to get a point.”

United’s first Premier League reverse of the season means it is now three defeats in four in all competition for Solskjaer’s side, who dropped to fourth in the table after missing the chance to move clear at the top of the Premier League.

Having kicked off their Champions League campaign to Young Boys with defeat, and being dumped out of the Carabao Cup by West Ham in midweek, United’s positive start to the season is on the verge of unravelling and the pressure is piling on Solskjaer.

“I thought our intensity, our aggression, the defending we did, and the transitions were good, but that last pass was not the best today,” the United boss added.

United’s defeat was compounded by injuries to captain Harry Maguire and Luke Shaw, which forced Solskjaer to use two of his three substitutions, restricting his ability to change the game the longer it went on.

“You hope to not have to make decisions like that, but unfortunately that happens in football,” Solskjaer said. “The two that came on [Diogo Dalot and Victor Lindelof] did well. Edinson came on and did OK.”

Solskjaer confirmed both Maguire and Shaw would be unlikely to feature in Wednesday night’s Champions League group-stage match against Villarreal, adding: “At the moment they don’t look OK for Wednesday but let’s see.”

2021-09-25
Previous Post: 5 video games to get for free this weekend for PC, PS4, Xbox and Transfer with RPG, playing cards and extras – News Fit 4 You
Next Post: Over 100 officials resign from Tunisia’s main Islamist party