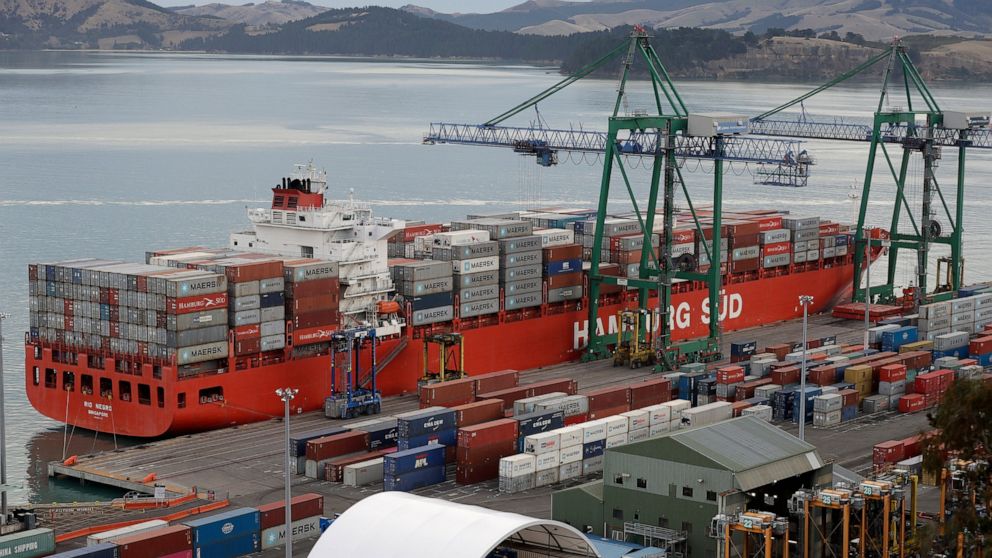 But what went unstated were the deep tensions that run through the unlikely group of 21 nations and territories that include the U.S., China, Taiwan, Russia, and Australia. Those tensions have raised questions about who can join a Pacific trade deal and whether the U.S. will get to host a future round of meetings.

Trade ministers met online over two days as part of the Asia-Pacific Economic Cooperation (APEC) forum. It is being hosted by New Zealand in a virtual format due to the pandemic. The officials highlighted areas where they could find agreement ahead of a leader’s meeting later in the week.

New Zealand Trade Minister Damien O’Connor said after the meeting that the members had committed, as they did last year, to jointly fighting the pandemic.

“We all know that none of us are safe until we are all safe,” O’Connor said, adding that 17 APEC members “have either lowered or completely removed tariffs on vaccines and related products, making them easier to access.”

In a joint statement, the ministers agreed to accelerate vaccine manufacturing and supply efforts and to support global sharing of vaccines. They also said they would study ways to ensure people could travel safely within the region to boost business, tourism and education.

“We know that there is a role for APEC to play in combating climate change,” she said. “It was for this reason that ministers agreed to send a strong signal on the importance of halting further spending on fossil fuel subsidies.”

When asked about tensions between APEC members, the two New Zealand ministers said it had not been a point of discussion.

“There will always be differences between some of the member economies, but those differences are left for other forum,” O’Connor said.

Both Taiwan and China have applied to join a Pacific Rim trade pact, the Comprehensive and Progressive Agreement for Trans-Pacific Partnership, with Beijing saying it will block Taiwan’s bid on the basis that Taiwan refuses to accept that it’s part of China.

And it remains unclear whether all APEC members will support a bid by the U.S. to host the 2023 round of APEC meetings.

Mahuta said Wednesday that APEC was founded on consensus and that there was not yet a confirmed host for 2023.

“We are hopeful that we will get there,” she said.