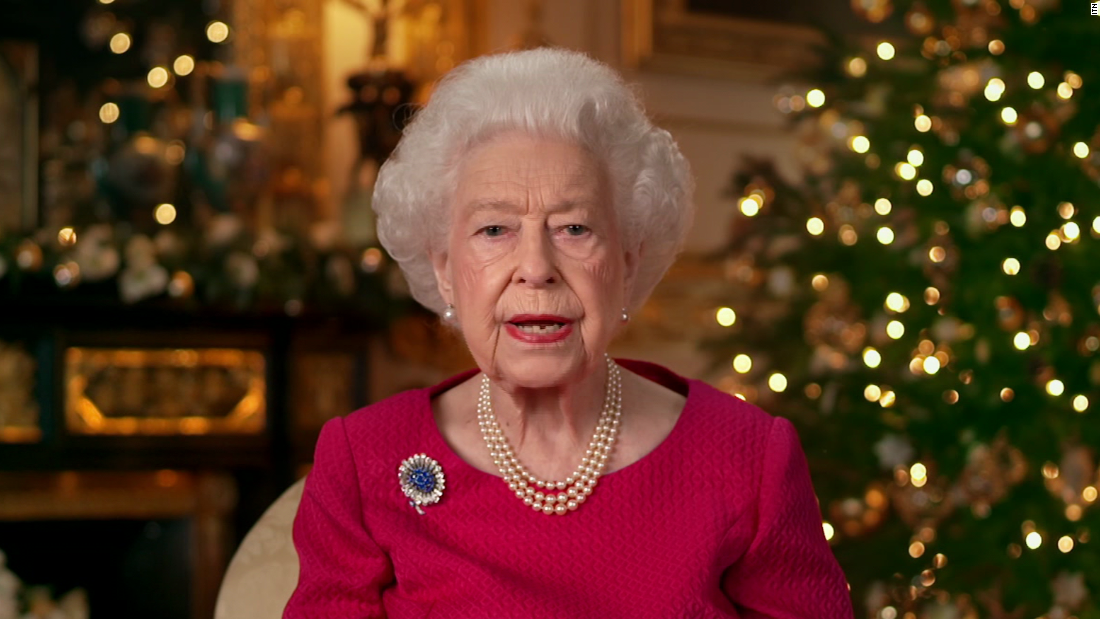 There have been indications from the palaces that suggest disquiet, but unofficial policy has been to “retain a dignified silence” in the face of the allegations against the family, ranging from racism to neglect.

Emily Nash, royal editor at Hello! Magazine, says there’s “no doubt the Oprah interview had a huge impact on the family and the institution.”

“I think there was a lot of hurt on both sides,” she tells CNN, adding that “the timing of the interview, inadvertently coinciding with Prince Philip’s hospitalization, was unfortunate.”

In the immediate aftermath, the only official statement came from Queen. There were no words from Princes Charles or William. Instead, both continued their diary of engagements. William was thrown a question in a rare breach of protocol by a British reporter. He responded only to say the royal family “is very much not racist.” Neither have granted any interviews on the subject since, though we did raise it with Prince Edward, who refused to be drawn.

The family have clearly decided to ride this out. The last time they engaged in a public war of words was in the 1990s when the court of public opinion took the side of Princess Diana side rather than Charles, to the detriment of the monarchy.

This time, public reaction has been more complex. The struggles Harry and Meghan spoke of resonated with some because, at the heart of it, they were about identity. Some Britons (and others in the Commonwealth) have been left asking themselves if the monarchy still represents them.

“It really divided opinion in the UK, with younger people tending to side with Harry and Meghan and older people staying firmly loyal to the Queen and her family,” says Nash. “It was a huge talking point at the time, but I wonder if some of that impact has diminished now. Certainly, the images of the Queen sitting alone at Prince Philip’s funeral … elicited enormous sympathy with the public.”

American-British playwright, author and columnist Bonnie Greer feels it has left a lasting mark. “It feels like the interview may have collided with a generational shift in regards to the family,” she says, citing Barbados recently becoming a republic as an example of how times are changing.

Couple this with more personal blows to the family, such as the scandal surrounding Prince Andrew and Prince Philip’s death, and Greer says, “they don’t look ‘solid’ and I think that’s what people look up to them for.”

The Queen may have lost her “strength and stay” but she quickly returned to her duties. Since her own health scare in October, however, her planner has been cleared. The Queen may say “you are as old as you feel” — which is what aides told a British magazine when declining an old age award on her behalf — but the reality is she’s 95 and now using a walking stick “for comfort.” With her advancing age, she simply hasn’t been able to carry on as she once did.

She’s not going to let that stop her from celebrating the major milestone of next year’s Platinum Jubilee. Already the longest-serving monarch in Britain’s history, come February 6, the Queen will have been at the helm for 70 years — the first British sovereign to do so.

Flamboyant festivities are in the works for June. The Trooping the Colour parade will return (after being canceled in London for two years due to the pandemic) to kick off an extended Bank Holiday weekend. Beacons will be lit across the United Kingdom, Buckingham Palace is putting on a music concert, street parties are being encouraged, and it all culminates with a pageant that will involve more than 5,000 personnel, performers, key workers and volunteers from the UK and the Commonwealth.

Organizers have touted the commemorations as “an opportunity for the country to emerge re-energised and renewed, expressing optimism and confidence,” and as a “reopening ceremony” for the UK after a “period of uncertainty and hardship.”

Jubilee celebrations are historically uplifting events, says Nash, giving people an excuse to come together to reflect on the Queen’s reign and how the world has changed.

The royal family’s approach of tackling situations internally is also how it is handling the serious sexual abuse allegations made against Prince Andrew by Virginia Roberts Giuffre, who claims he assaulted her when she was 17. Buckingham Palace is referring all inquiries to the prince’s legal team. Attorneys for Andrew have repeatedly denied the accusations against their client.

Amber Melville-Brown, head of the media and reputation practice at law firm Withers, says the prince’s reputation has likely been damaged beyond repair, “but in my view, the brand is too robust to fail as a result of accusations leveled at individual members.”

“As for the monarch herself, Queen Elizabeth II has throughout her reign largely been seen as separate from the family fray, ethereally rising above such matters, unimpeachable,” she continues.

Also coming down the pipe in 2022 is Harry’s memoir. There is nervousness in royal circles about the Duke of Sussex’s upcoming autobiography.

It appears that all aspects of his life could be up for grabs, if the announcement from publisher Penguin Random House is anything to go by. Harry has teased that he’s “worn many hats over the years” and promises to include “the highs and lows” of being a senior royal.

These developments will loom on the horizon. The keep-calm-and-carry-on strategy is a tried and tested one. It appears to be holding for now, but will it work forever?

These family dramas are playing out in a very public way. Next year, the Firm will be eager to show the world how it is reemerging from a challenging period, much stronger for it.

Queen Elizabeth dedicated this year’s Christmas message to all those who lost loved ones as she paid tribute to her late husband. The monarch was uncharacteristically sentimental in her annual broadcast, saying: “His sense of service, intellectual curiosity and capacity to squeeze fun out of any situation — were all irrepressible. That mischievous, inquiring twinkle was as bright at the end as when I first set eyes on him.” She added that while the family misses Prince Philip, they take comfort in knowing he’d want them to have a celebration, even though the pandemic had once again put a damper on things.

The monarch abstained from her usual trip to Sandringham, instead opting to remain at Windsor amid the Omicron variant surge in the UK. But fear not, the elderly matriarch was not alone. Prince Charles and wife Camilla, as well as Prince Edward and wife Sophie, were among family members who attended a Christmas Day service at St. George’s Chapel in Windsor.

In a scary security breach on Christmas morning, an armed teenager was arrested in the grounds of Windsor Castle. Officers responded to the trespassing incident within minutes and the individual did not enter any buildings, according to a Thames Valley Police statement. A crossbow was recovered following a search of the intruder, who has been detained by police under the Mental Health Act, London’s Metropolitan Police said in an update on Sunday.

Meanwhile, William and Kate spent the holidays at home in Norfolk, where they were joined by some members of the Middleton family, a royal source told CNN.

The Duchess of Cambridge delighted British TV audiences during her community Christmas concert she put on at Westminster Abbey. Kate surprised viewers by showing off her musical chops when she took to the piano for a special performance of “For Those Who Can’t Be Here” by Scottish singer-songwriter Tom Walker.
A recording of the event, the “Royal Carols: Together At Christmas” was shown on UK’s ITV network on Christmas Eve, and included previously unseen footage of the duchess tickling the ivories. You can watch the full performance here.

WHAT ELSE IS HAPPENING

Prince Andrew was barely mentioned in the course of British socialite Ghislaine Maxwell’s sex trafficking trial in New York. But the fact jurors found her guilty on five of six counts related to her role in Jeffrey Epstein’s sexual abuse of minor girls can hardly be good news for the UK royal.

Andrew faces a civil lawsuit filed by Virginia Roberts Giuffre in which she alleges she was trafficked by Jeffrey Epstein and forced to have sex with his friends — including the prince — and that Andrew was aware she was underage (17) in the US. Prince Andrew strongly denies the allegations.

Oral arguments in that case are set for January 4, where attorneys for the 61-year-old prince are expected to argue for the lawsuit’s dismissal. If his lawyers are unsuccessful, or the case is not settled, the royal could face a trial date between September and December 2022. The long-running allegations facing Andrew have already dramatically tarnished his public standing and he stepped back from royal duties in late 2019.

The Dean of Westminster personally appealed to Buckingham Palace to allow British star Elton John to sing a reworked version of his hit “Candle In The Wind” at Princess Diana’s funeral. Papers released by the UK National Archives suggest there was resistance to the plan over concerns the rewritten lyrics were “too sentimental,” reported PA Media. The Abbey even arranged for a saxophonist to be put on standby to deliver a solo instrumental version of the song. However, the Dean successfully argued that allowing John to appear would be an “imaginative and generous” gesture to the public. Get the full story here.

PHOTO OF THE WEEK

Ok… so this technically came out last week while we were on hiatus but it’s so cute — how could we not include it? The Sussexes finally offered us a glimpse of six-month-old daughter Lilibet in their 2021 holiday card. Taken by photographer Alexi Lubomirski, Meghan is captured holding Lili in the air while Harry balances Archie on his lap. Read more.

“I remember with fondness my meetings with him and his great warmth and humour.”

Other members of the royal family sent messages of condolence following the death of Archbishop Desmond Tutu. Prince Charles said he was “deeply saddened” over the Archbishop’s passing and described him as an “inspiration to us all” for “speaking out against the evil of apartheid and highlighting the threat of climate change.” Prince Harry and Meghan, Duchess of Sussex, also paid tribute to Tutu, calling him an “icon for racial justice” and a “friend.”

“Archbishop Tutu will be remembered for his optimism, his moral clarity, and his joyful spirit. He was an icon for racial justice and beloved across the world,” they said. “It was only two years ago that he held our son, Archie, while we were in South Africa — “Arch and The Arch” he had joked, his infectious laughter ringing through the room, relaxing anyone in his presence. He remained a friend and will be sorely missed by all,” they added.