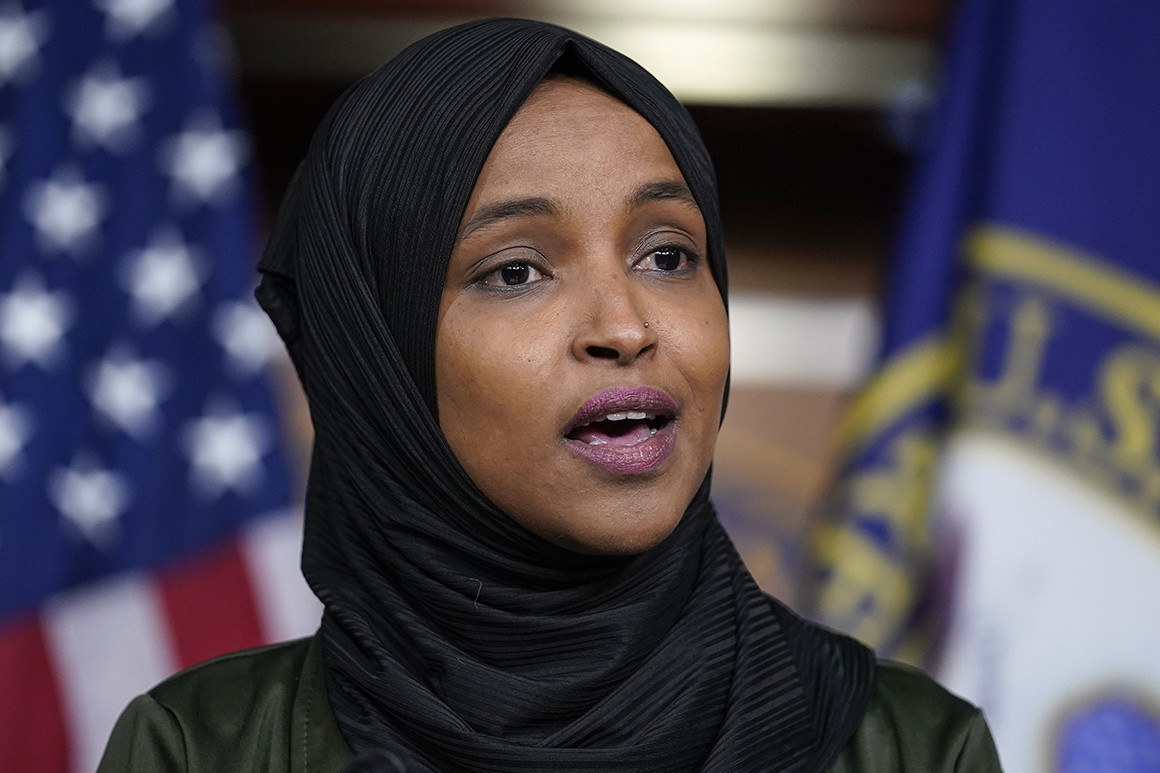 The House on Tuesday passed a bill aimed at combating Islamophobia globally, amid an uproar over anti-Muslim rhetoric within the GOP conference that has exacerbated cross-party tensions.

Debate over the legislation devolved late Tuesday night when Rep. Scott Perry (R-Pa.) falsely claimed Rep. Ilhan Omar (D-Minn.), a Somali-born Muslim, was “affiliated with” terrorist organizations, prompting Democrats to demand that his statements be removed from the congressional record. The House’s rules-enforcer then struck Perry’s comments from the record and barred him from speaking on the floor for the rest of the night.

hen asked about Perry’s remarks, Omar responded: “The parliamentarian responded to him. His words were taken down. That’s good enough.”

The legislative push comes as progressives were already calling for Rep. Lauren Boebert (R-Colo.) to be removed from her committee assignments after she suggested recently that Omar was potentially a suicide bomber. The House bill was voted out of the Foreign Affairs Committee last week as pressure was building on GOP leaders to condemn Boebert’s remarks.

The Minnesota Democrat has frequently been the target of Islamophobic attacks, including from Rep. Marjorie Taylor Greene (R-Ga.), who has repeatedly called Omar a member of the “Jihad Squad.” Omar has been a vocal critic of Israel’s government, and has at times been accused of anti-Semitism, even by members of her own party.

House Democratic leaders, including Speaker Nancy Pelosi, have called on Minority Leader Kevin McCarthy to take punitive actions against Boebert and others for their rhetoric.

The Omar-led bill would establish an office within the State Department, led by a presidential appointee, to monitor and report Islamophobia worldwide — modeled on a similar State Department office that combats anti-Semitism globally. It cleared the chamber on party lines, 219-212, with all Democrats voting in favor and all Republicans opposing.

“Until everyone is free to practice their religion, no one is,” Omar said on the House floor.

Rep. Michael McCaul of Texas, the top Republican on the House Foreign Affairs Committee, said he supports the “spirit and intent” of the bill. But he raised concerns that it could empower executive branch officials to crack down on protected speech because the word “Islamophobia” isn’t defined in the legislation.

“It’s so vague and subjective that it could be used against legitimate speech for partisan purposes,” McCaul said on the House floor.

President Joe Biden supports the legislation, the White House said earlier Tuesday. It’s unclear if the bill will get a vote in the Senate, where it’s likely to be the target of a GOP filibuster.

Sarah Ferris contributed to this report.