By: Eloise Barry
In: Companies, Londontime
With: 0 Comments

Amid the continuing turmoil in Afghanistan, which has created thousands of refugees seeking evacuation, the CEO of the U.S. lodging marketplace Airbnb tweeted that the company would begin housing 20,000 Afghan refugees globally for free, starting Aug. 24.

In his Aug. 24 announcement, CEO Brian Chesky explained that the company’s independent nonprofit Airbnb.org would coordinate this new initiative, funded through contributions from Airbnb, Chesky and donors to the Airbnb.org’s Refugee Fund. Airbnb.org was established last December to partner with relief organizations specializing in connecting displaced people to temporary housing.
[time-brightcove not-tgx=”true”]

Joe Gebbia, co-founder of Airbnb and chair of Airbnb.org told TIME that the company’s decision to temporarily house 20,000 Afghan refugees was an “easy call.” Airbnb’s key “assets,” according to Gebbia, are its generous host communities. The nonprofit’s history of temporary accommodation relief makes the company well-equipped “to respond to one of the most significant humanitarian crises of our time,” said Gebbia.

“Everyone has a role to play in responding to this crisis, including the global business community,” Gebbia told TIME. “Tent.org is a great organization working to mobilize business support for refugees and I encourage any business leader reading this to get involved to check them out.” Members of Tent.org range from ING Bank to ice cream manufacturer Ben & Jerries.

Founded in 2007, Airbnb, which is valued at $90 billion, now boasts listings in over 220 countries. While its popularity is at no risk of dwindling anytime soon—the company’s second quarter revenue in 2021 was up nearly 300% year-over-year—the boom in AirBnb’s model has been blamed for gentrification, over-tourism and housing shortages in cities around the world, from New York to Venice.

But Airbnb has also received praise for using its reach in other times of crisis. Over 25,000 people impacted by disasters or fleeing conflict have received temporary housing through Open Homes, an initiative launched by the company in June 2018.

Read more: China Sees Opportunity After America’s Withdrawal From Afghanistan. But Can Beijing Do Any Better?

According to Gebbia, Airbnb.org relies on the expertise and training of its partner organizations: International Rescue Committee, Church World Service and HIAS. To ensure appropriate safeguarding, the partners are trained on how to “find suitable listings, communicate directly with hosts prior to the stay, and are on standby for any issues that arise during the stay,” said Gebbia. 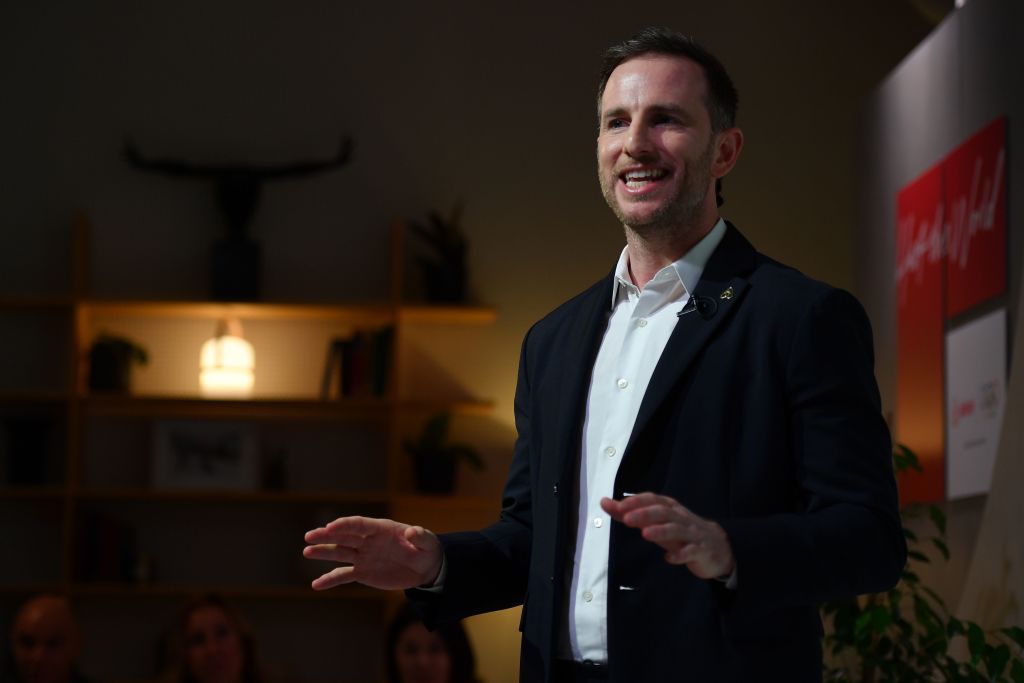 How will Airbnb’s plan work?

While countries around the world scramble to address Afghan refugees—the Biden administration reportedly expects as many as 50,000 Afghans to seek resettlement—those that have been evacuated are in urgent need of accommodation. Gebbia claims that Airbnb.org and its partners have welcomed “over 200 afghan refugees and families to homes across the U.S.” in “just the last week.”

Airbnb’s program depends, however, on the complicated process of refugee evacuation from Afghanistan and the political decisions related to refugee resettlement. Commitments to welcome refugees greatly vary from country to country: while Canada has said that it will take in 20,000 of the most vulnerable refugees from Afghanistan, countries like Austria have ruled out accepting any further evacuees.

Airbnb does not coordinate directly with destination countries that are taking in refugees—that is the responsibility of nonprofit organizations which match refugees with housing providers. According to Cathryn Miller-Wilson, executive director at the nonprofit organization, HIAS Pennsylvania, charities are given hardly any notice to secure housing in advance during periods of crisis.

This is when Airbnb’s program is highly valuable: being able to house refugees for free for a week or two allows the organization to save the federal stipend allocated to each refugee by the U.S. government. These savings are “often what allows the refugee to then afford the rent” of their next accommodation, Miller-Wilson told TIME.

Hosts who volunteer their properties are paid at the point of a partner organization’s booking and Airbnb waives its service fee, Gebbia tells TIME. When hosts sign up, they are able to choose charitable rates for their stays, which are covered by contributions from Airbnb, Chesky and donors to the Airbnb.org’s Refugee Fund.

Gebbia says hosts’ response to the initiative has amazed him, with some offering their homes for free or donating to Airbnb.org’s Refugee Fund. This will allow the company to “expand the number of refugees who [we] can support beyond our initial commitment of 20,000,” he said.

Why are hosts signing up?

Scrolling through the comments under Chesky’s Aug. 24 tweet, many hosts appear to be offering their properties to refugees for the first time.

For Janelle Gueits, a 41-year-old filmmaker and entrepreneur based in Miami, the decision to offer her two-bed property to refugees was personal. Her grandfather fled to the U.S. after being held as a political prisoner in Cuba.

“He definitely inspired me. He came to this country with two babies alone as a single parent,” she told TIME.

By offering her property to the initiative, she hopes to offer a sense of security to people like her grandfather. “Feeling unsafe [is] a terrifying state that simply overrides your system and destabilizes you,” she said. “Something as simple as offering a safe home and in a positive environment can be really impactful.”

Shane Hartman, an Airbnb host with a four-bed townhouse in Edmonton, Canada, signed up to Airbnb’s initiative last week after being gripped by the news in Afghanistan. “It’s just tragic. It hurts my spirit,” the 56-year-old told TIME.

Read more: An Afghan Teacher on How the World Can Protect Girls From the Taliban

Aware of his relatively privileged position, Hartman was motivated to share what he has with those in need. “I’m sitting in my nice condo downtown in Edmonton,” he said. “I’ve got hardship… But when I think about what’s going on with other people, I go, are you kidding me? It pales. I want to do something.”

On an individual level, Gueits gets back a “profound sense of meaning” by helping in whatever way she can. In a wider sense, she hopes more companies move towards a model of “social responsibility.”

Hartman agreed: “You just want to scream at the government and say do something. But I know it’s not easy. The private sector could contribute a lot.”

Which other companies are helping out?

Other companies have stepped up to share their resources with Afghan refugees and nonprofit organizations. The ride sharing apps, Uber and Lyft, have donated ride credits to the International Rescue Committee (IRC), while online retailer Uncommon Goods is donating $2 each time a shopper selects IRC at checkout. The IRC will use the funds and services to provide extra support besides accommodation to newly arrived Afghan refugees.