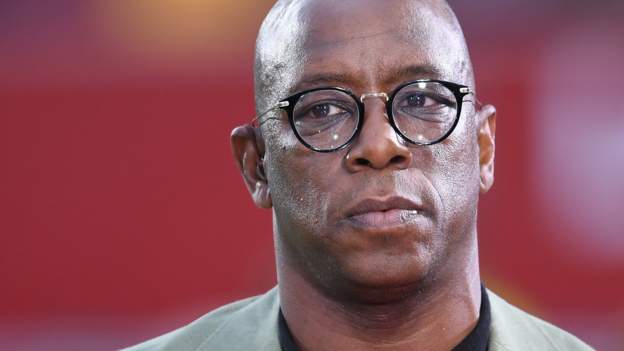 The Africa Cup of Nations is being “disrespected” by some negative media coverage, says former England and Arsenal striker Ian Wright.

The 24-team competition begins on 9 January and will feature a host of Premier League and European stars.

Crystal Palace manager Patrick Vieira is among those to also call for the tournament to be given more respect.

“Is there ever a tournament more disrespected than the Africa Cup of Nations?” Wright said on Instagram.

On the media coverage around Afcon he claimed: “There is no greater honour than representing your country. The coverage is completely tinged with racism.

“We played our Euros across 10 countries in the middle of a pandemic and there’s no issue at all. But Cameroon, a single country hosting a tournament, is a problem.

“There are players getting asked if they will be honouring the call-ups to their national teams. Imagine if that was an England player representing the Three Lions. Can you imagine the furore?”

Ajax’s Ivory Coast striker Sebastien Haller said the suggestion a player would want to miss the tournament to play for their club “shows the disrespect for Africa”.

He told Dutch newspaper De Telegraaf: “Would this [question] ever have been asked to a European player towards a European Championship?

“Of course I will go to represent Ivory Coast. That is the highest honour.”

However, the 27-year-old said having to miss club games “is very frustrating”. Haller added: “I hate having to choose between my country and my club.”

Although several Premier League clubs will be without key players in January – including Crystal Palace who are set to lose Cheikhou Kouyate, Wilfried Zaha and Jordan Ayew – Eagles boss Vieira echoed Haller’s sentiments.

“I respect and understand the passion and the importance to players to go and represent their country so I will never stop any player going to play the Africa Cup of Nations,” said Vieira, a World Cup and European Championship winner as a player with France.

“I believe that competition needs to be more respected – because this competition is as important as the European Championships.”

Leaders Manchester City will lose Riyad Mahrez, while second-placed Chelsea will be without goalkeeper Edouard Mendy and West Ham’s Said Benrahma will be with Algeria.

Leeds United, Newcastle United, Norwich City and Tottenham are the only Premier League clubs not losing any players for the tournament.

Players are allowed to play for their clubs until 3 January before leaving for the Africa Cup of Nations after Fifa rules stating clubs must release players by 27 December was changed “in the spirit of goodwill and solidarity”.

“Loads of the best players in Europe right now are African,” said Wright.

“If we love them at club level why can’t we love them at international level like their counterparts across the globe? Why is this tournament constantly getting so much flak?

“I have got to give a shout out to the players like Sebastien Haller who are taking a stand against the media backlash, plus Patrick Vieira for coming out and speaking about this.

“This is why it is important to have a black manager who can let people understand where his roots are and how important this tournament is for African people.

“I want to wish Cameroon every success in hosting this tournament and and all the very best to the players and the fans.”

You can follow coverage of the Africa Cup of Nations on the BBC, with the final one of 10 matches in the tournament to be shown live.