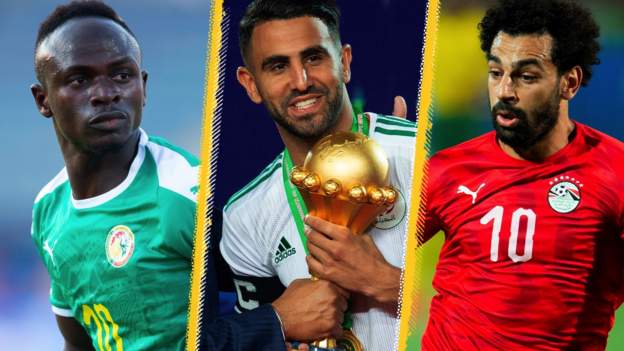 Afcon 2021: Everything you need to know about tournament in Cameroon

The first major football tournament of 2022 kicks off on Sunday, with the Africa Cup of Nations taking centre stage.

A host of Premier League and European stars will descend on Cameroon, with the hosts facing Burkina Faso in the opening game.

First scheduled to start in June 2021 but subsequently brought forward to January last year to avoid Cameroon’s rainy season, the tournament has been delayed to 2022 because of the coronavirus pandemic.

The Confederation of African Football (Caf) has faced criticism over the timing of its continental showpiece, and last month had to address rumours the tournament would be further delayed or moved following the emergence of the Omicron variant of Covid-19.

Former Arsenal and England striker Ian Wright said some of the negative media coverage has been “disrespectful” and “tinged with racism”.

What’s the format and when are the games?

For the second successive tournament, the Nations Cup will have 24 participants.

That means six groups of four, with the top two qualifying for the last 16 alongside the four best-ranked third-placed sides.

The BBC will broadcast 10 games including the final in Yaounde’s Olembe Stadium on Sunday, 6 February. The first game shown will be the heavyweight clash between Nigeria and Egypt on Tuesday.

The ball being used is the Umbro Toghu, named after a multicoloured and finely embroidered outfit initially designed for royalty but now popular throughout Cameroon.

Who are the main contenders?

It is hard to look past holders Algeria, who are on a 34-match unbeaten run and led by Manchester City winger Riyad Mahrez.

Sadio Mane’s Senegal, Africa’s top-ranked side for the past three years, were runners-up in 2019 and among the main challengers, while record seven-time champions Egypt boast arguably the best player in the world right now in Mohamed Salah, who has shone for Liverpool this season.

Ghana and Nigeria are among the continent’s most successful countries but had unconvincing 2022 World Cup qualification campaigns, while Cameroon – chasing their sixth Nations Cup title – will fancy their chances on home soil.

Mali could be a surprise package after reaching the World Cup play-offs by going unbeaten despite being stripped of home advantage.

Ivory Coast, Morocco and Tunisia are among the other former champions present and, at the other end of the spectrum, Comoros and The Gambia are first-time qualifiers.

What about the timing?

There have been grumbles from some European clubs about releasing their players mid-season for the tournament.

Premier League club Watford, for instance, were accused of “baring fangs” by Nigeria in a dispute over the availability of Emmanuel Dennis, a battle the Hornets eventually won.

However, the climate in Cameroon and being forced to shift the biennial tournament into a World Cup year has left Caf with limited options over its timing.

The 2023 edition is scheduled to take place in June and July next year in Ivory Coast.

The pandemic has obviously had an impact on the tournament, with Caf capping attendances at 60% of capacity for most matches.

Games involving hosts Cameroon will be permitted to have 80% capacity, and only those who have been double-vaccinated and have a negative Covid test can attend matches.

With just 2% of the country fully jabbed according to figures from Our World in Data, it will be interesting to see how those restrictions impact on attendances at the 52 matches spread across the six stadiums.

Several countries reported cases in the build-up to the tournament, with Cape Verde struck by an outbreak in their training camp and debutants The Gambia forced to call off two friendlies, with more than half their squad unavailable.

Infrastructure in Cameroon and their readiness to host have been questioned, given they were due to stage the 2019 tournament which had to be moved to Egypt.

There are security concerns over Limbe, a city in the south-west region affected by conflict in recent years by local militants pursuing a separatist agenda.

Since 2017, armed groups – who argue that the Anglophone regions of Cameroon have been marginalised by the primarily French-speaking government – have tried to form a breakaway state called Ambazonia.

In a bid to maintain order, armoured vehicles and checkpoints have been deployed this week across Limbe, where a car bomb exploded on the eve of Cameroon’s hosting of the African Nations Championship in January 2021, with further explosions having also taken place in the area in recent months.

Local officials have said the security measures taken mean there will be no disruption to Afcon, with Limbe set to host eight matches, including two knockout games.

The BBC will broadcast 10 games, including two quarter-finals, both semis and the final. Sky Sports will show every match in Cameroon, with beIN SPORT, Canal+ and SuperSport among those offering coverage across Africa.

The BBC Sport website will also keep you up to date during the tournament, encompassing news and daily round-ups of matches, with live text coverage from the quarter-finals onwards.