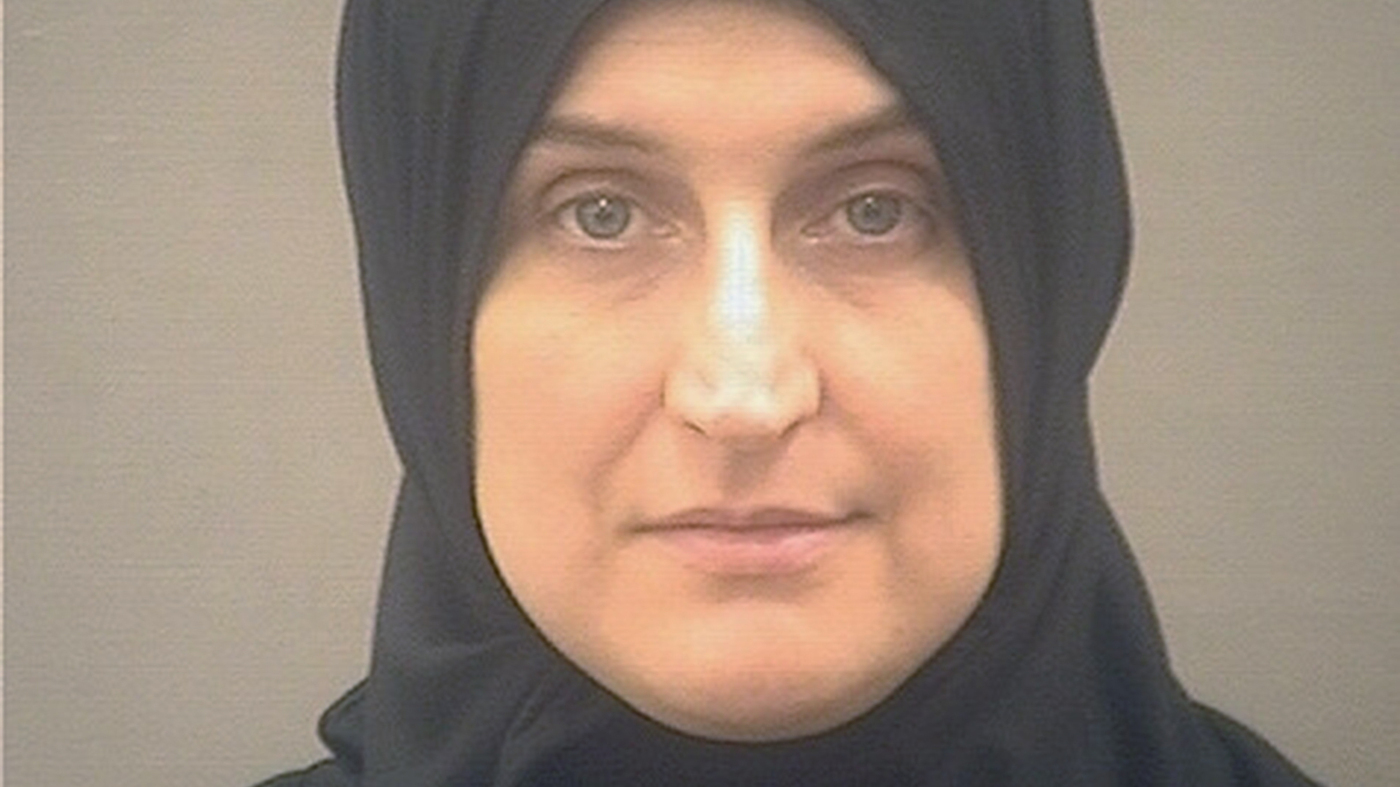 A photo provided by the Alexandria, Va., Sheriff’s Office in January 2022 shows Allison Fluke-Ekren. Fluke-Ekren, 42, who once lived in Kansas, has been arrested after federal prosecutors charged her with joining the Islamic State group and leading an all-female battalion of AK-47 wielding militants.

A photo provided by the Alexandria, Va., Sheriff’s Office in January 2022 shows Allison Fluke-Ekren. Fluke-Ekren, 42, who once lived in Kansas, has been arrested after federal prosecutors charged her with joining the Islamic State group and leading an all-female battalion of AK-47 wielding militants.

A U.S. woman pleaded guilty Tuesday to operating an all-female military group for ISIS in Syria.

Allison Fluke-Ekren, 42, who became the leader of the ISIS battalion known as Khatiba Nusaybah, taught women how to use AK-47s and explosive devices, according to the U.S. Justice Department.

“Over 100 women and young girls, including as young as 10 or 11-years-old, received military training from Fluke-Ekren in Syria on behalf of ISIS,” prosecutors said in a statement.

Fluke-Ekren, who used to live in Kansas, was part of “terrorism-related activities” in Syria, Libya and Iraq between 2011 and 2019, according to prosecutors.

Her late second husband was part of the terrorist group Ansar al-Sharia and claimed he helped steal U.S. documents and an electronic device following the Sept. 11, 2012, attack on the U.S. Special Mission and CIA Annex in Benghazi.

Together, the couple provided the summarized information from the stolen items and reported to the head of Ansar al-Sharia, the group who was responsible for the terrorist attack, according to prosecutors.

In 2014, prosecutors said Fluke-Ekren told a witness about her desire to carry out an attack on U.S. soil.

“To conduct the attack, Fluke-Ekren explained that she could go to a shopping mall in the United States, park a vehicle full of explosives in the basement or parking garage level of the structure, and detonate the explosives in the vehicle with a cell phone triggering device,” prosecutors said.

Prosecutors said Fluke-Ekren also told a witness she wanted to target a U.S. college, specifically one in the Midwest.

“Fluke-Ekren further said that she considered any attack that did not kill a large number of individuals to be a waste of resources,” according to prosecutors.

They said Fluke-Ekren told a witness in 2018 about instructions she gave to someone to send a message to a family member about her death to avoid the U.S. government trying to find her.

“Fluke-Ekren informed this same witness that it was important to kill the ‘kuffar’ (disbelievers) and die as martyrs on behalf of ISIS in Syria,” prosecutors said.

She has been in custody of authorities from the Eastern District of Virginia since late January.

Fluke-Ekren, who pleaded guilty to conspiring to provide material support or resources to a foreign terrorist organization, will be sentenced in October and faces a maximum of 20 years in prison.

2022-06-08
Previous Post: Walmart says crypto payments announcement is fake. Litecoin tumbles after spike
Next Post: From the Graveside to the Front, Ukrainians Tell of Grim Endurance