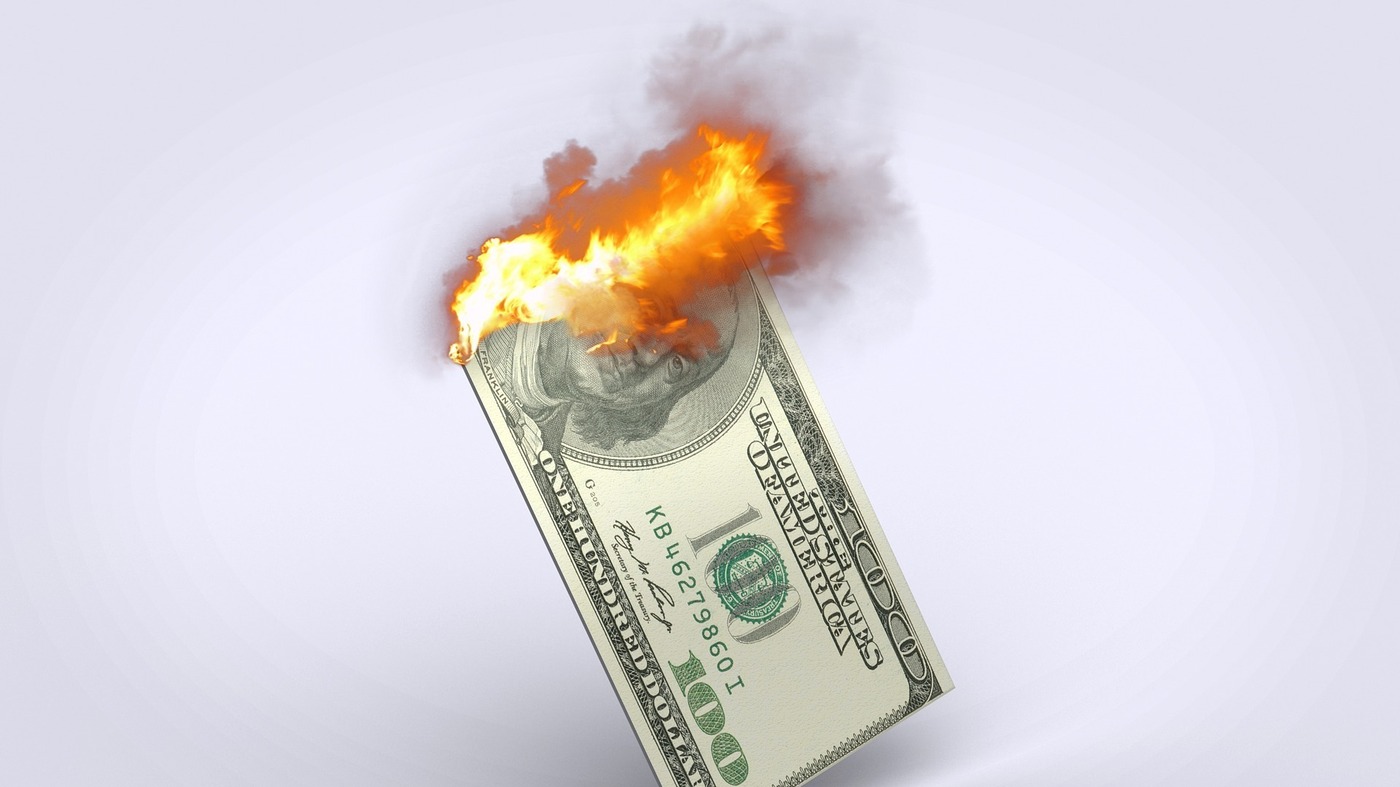 A Reason Inflation Is Worse Than The Government Says It Is : Planet Money : NPR

Skimpflation is giving you less for your money.

Skimpflation is giving you less for your money.

All is not so happy at the happiest place on earth. The guests of the Magic Kingdom are restless. Despite reopening more than six months ago, Disneyland has yet to restart its tram services to and from parking lots, forcing visitors to walk nearly a mile to enter and exit the park. Some Disney fans are acting as though the company is a kind of greedy Cruella de Vil, willing to slaughter cute puppies and turn them into coats for a profit.

“They haven’t brought back the trams because it’s saving Disney money!” writes Daniel P. “Trams need to be driven by multiple drivers.”

It’s all about “GREED,” says Harry Z. “It has nothing to do with COVID at this point.”

A couple weeks ago, amid mounting online fury over Disneyland’s transportation issues, the company announced it was finally reopening its famous monorail system. But, the company said, its trams to and from parking lots will remain idle for the foreseeable future.

A parking tram loading area stands vacant on the first day of the closure of Disneyland and Disney California Adventure theme parks as fear of the spread of coronavirus continue, in Anaheim, California, on March 14, 2020.

A parking tram loading area stands vacant on the first day of the closure of Disneyland and Disney California Adventure theme parks as fear of the spread of coronavirus continue, in Anaheim, California, on March 14, 2020.

What’s happening in the Magic Kingdom is happening across the entire economy. Dominos is taking longer to deliver pizzas. Airlines are putting customers who call them on hold for hours. Restaurants, bars, and hotels are understaffed and stretched thin. The quality of service seems to be deteriorating everywhere.

We’ve all heard about rising inflation. The price of stuff is going up. And, if you read this newsletter, you’ve heard of shrinkflation. That’s when the price of stuff stays the same, but the amount you get goes down. The economy-wide decline in service quality that we’re now seeing is something different, and it doesn’t have a good name. It’s a situation where we’re paying the same or more for services, but they kinda suck compared to what they used to be. We propose a new word to describe this stealth-ninja kind of inflation: skimpflation. It’s when, instead of simply raising prices, companies skimp on the goods and services they provide.

[Editor’s note: This is an excerpt of Planet Money‘s newsletter. You can sign up here.]

Skimping has a derogatory connotation, and, we should note, not all companies are Cruella de Vil or Scrooge McDuck. Many businesses, especially small businesses, are struggling to cope with surging costs and pandemic-related expenses. They’re having a hard time finding workers at the wages they used to pay. And some businesses may be unable to afford paying what it takes to recruit workers in the current environment. Nonetheless, whether it’s because they can’t afford to, or they don’t want to, or they’re being greedy — instead of enticing workers with higher wages, many businesses are cutting back on the quality of their services in order to stay profitable. And the Oxford dictionary definition of the word skimp seems to fit what they’re doing: “expend or use less time, money, or material on something than is necessary in an attempt to economize.”

While it may lurk in the shadows, make no mistake: skimpflation is a form of inflation. As with normal inflation, it means we’re getting less for our money. And some argue the government is failing to properly account for this kind of inflation when crunching official statistics.

The Inflation Awakening Of Alan Cole

Alan Cole first woke up to what we’re calling skimpflation this summer. He was on a road trip, driving from his home in Washington, D.C. to Vermont, to see his family. It was during those glorious weeks when most of us were vaccinated and life seemed to be rocketing back to normal. You know, before the Delta variant put that to a screeching halt.

“And I was on the New Jersey turnpike, and I went through rest stops. And I noticed little things that were off,” Cole says. Stores had spotty hours. Napkin, utensil, and condiment dispensers were empty. Fast food restaurants weren’t fast. He could see help-wanted signs everywhere. “The rest stops were struggling to keep up the same level of service that they had before.”

On his way back from Vermont, he stayed at a hotel in Poughkeepsie, NY. The morning after his stay, he woke up to a “sad and pitiful” breakfast that consisted of a plastic-wrapped, mass-produced pastry, pre-packaged Raisin Bran, and lukewarm milk. The hotel was now skimping on its hot breakfast buffet as well as maid service for guests who stay for more than one night. This, Cole realized, was happening across the entire economy — and he began to think the government wasn’t fully capturing the decline of quality in official statistics.

Cole is a former senior economist at the Joint Economic Committee of the U.S. Congress, where he used to advise Senator Mike Lee (R-UT) and write official economic reports. These days he’s a writer at Full Stack Economics. For most of his economics career, he says, he had believed that official government statistics actually made inflation seem worse than it really was. He had thought they didn’t fully capture improvements in the quality of products and services when quantifying changes in prices.

For example, a couple decades ago, you had to fork over a lot of money to buy physical albums if you were a music lover. Now you can use Spotify and listen to basically every album ever recorded in history for free or a low monthly fee. Some products, like electric skateboards, didn’t even exist in the recent past. The government tries to capture such innovations and product improvements with a process called “hedonic quality adjustment.”

But Cole believed that the government, while accounting for quality improvements, still failed to capture how much better products and services were getting. He didn’t believe it was some sort of Illuminati conspiracy of Satan-worshipping pedophiles juicing the statistics. It’s just super hard to systematically account for changes in quality when measuring changes in prices. How do you gauge the priceless improvements to our lives brought about by things like Google’s search algorithm, the OneWheel electric skateboard, or baguette slippers?

Mismeasuring inflation has important implications. For example, it’s common to hear people argue that the real, or inflation-adjusted, wage of the typical American worker has stagnated in recent decades. But if the government has been overstating inflation in their statistics, it means American workers’ paychecks actually go further and living standards have gotten better than official statistics say.

“I thought that the world was getting better, faster than our official statistics would suggest because product quality was getting better,” Cole says. “That’s what I was saying for a decade — and I would have been saying it longer, but I’m not that old.”

But, while eating that pitiful hotel breakfast, it hit him that the inverse was now happening. Instead of failing to capture improvements in the quality of products and services in economic statistics, the government was now failing to fully factor in the deterioration in quality. In other words, the official statistics aren’t showing how bad inflation actually is. Hotel prices, for example, may be the same or higher than before, yet hotels are skimping on the services they used to provide. “We’re getting less for our money,” Cole says. “And that’s fundamentally what inflation is all about.”

You could chalk this all up to the pandemic and a slow adjustment to normal. And, Cole says, we should cut leaders and businesses some slack as they try to fix a difficult situation. That said, we’re now approaching two years of this pandemic, and, he says, it’s time to try and account for quality degradation — aka skimpflation — in the service sector.

Cole points to official government statistics that now say the economy — adjusted for standard inflation — is bigger and more productive than it was in 2019. “That kind of suggests that the goods and services we’re consuming now are better than they were before the pandemic,” Cole says. “And I don’t think that’s true.”

For their part, the Federal Reserve and the Treasury Department say the weird, inflationary economy we’re seeing right now is transitory. And they’re probably right. We’re just hoping that the visitors to Disneyland and everyone else irked by skimpflation get their fairytale ending soon.

We reached out to Disneyland for comment on the tram closure and got no response.