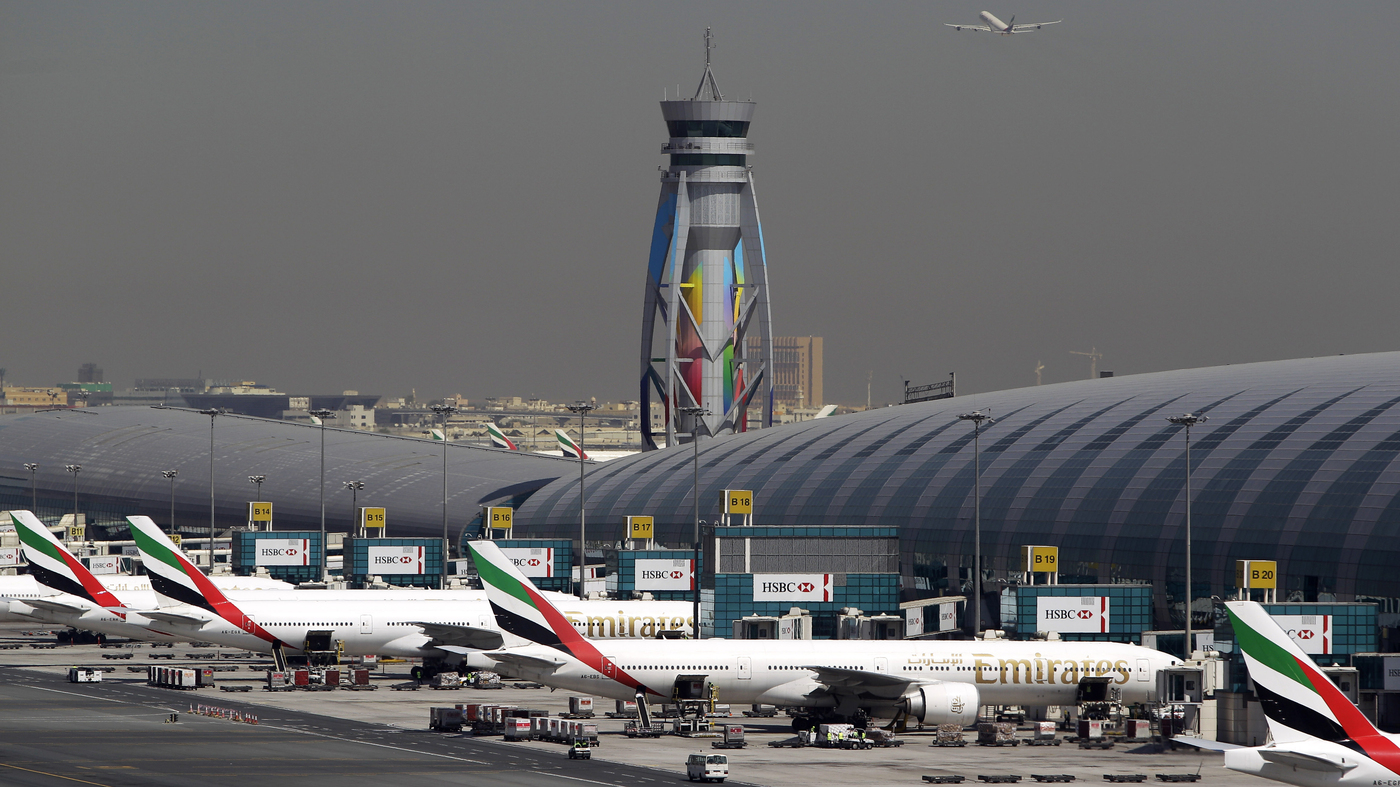 A possible attack in UAE has killed three people and wounded six : NPR

Emirates passenger planes are parked at their gates at Dubai International Airport in the United Arab Emirates.

Emirates passenger planes are parked at their gates at Dubai International Airport in the United Arab Emirates.

DUBAI, United Arab Emirates — A possible drone attack may have sparked an explosion that struck three oil tankers in Abu Dhabi and another fire at an extension of Abu Dhabi International Airport on Monday that killed three people and wounded six, police said.

Abu Dhabi police identified the dead as two Indian nationals and one Pakistani. It did not identify the wounded, who police said suffered minor or moderate wounds.

Police said an investigation was underway.

While Abu Dhabi police did not immediately offer any suspects for the possible assault, Yemen’s Houthi rebels claimed responsibility for an attack targeting the United Arab Emirates, without elaborating. The Iranian-backed Houthis have claimed several attacks that Emirati officials later denied took place.

The incident comes while Yemen’s yearslong war rages on and as an Emirati-flagged vessel found itself recently captured by the Houthis. That’s as Abu Dhabi largely has withdrawn its national forces from the conflict tearing apart the Arab world’s poorest nation while still supporting local militias there.

Abu Dhabi police said preliminary investigations indicated the detection of small flying objects, possibly belonging to drones, that fell in the two areas and may have caused the explosion and fire. They said there was no significant damage from the incidents, without offering further details.

Police described the airport fire as “minor” and said it took place at an extension of the international airport that is still under construction. For years, the airport home to Etihad Airways has been building its new Midfield Terminal, but it wasn’t clear if that was where the fire took place.

The airport and Etihad did not immediately respond to requests for comment, however there were a series of flights delayed Monday morning.

Police said the other blast struck three petroleum transport tankers near a storage facility for the Abu Dhabi National Oil Co. in the Musaffah area. The neighborhood, 22 kilometers (13 miles) from the center of Abu Dhabi city, also has an oil pipeline network and 36 storage tanks, from which transport trucks carry fuel nationwide.

On Monday, Houthi military spokesman Yahia Sarei said the group launched an attack deep in the UAE. He did not provide further details, saying a statement would be released soon.

The location of the ADNOC storage facility where the tankers caught fire is approximately 1,800 kilometers (1,100 miles) northeast of Saada, the Houthis’ stronghold in Yemen.

The UAE has been at war in Yemen since early 2015, and was a key member of the Saudi-led coalition that launched attacks against the Iranian-backed Houthis after the group overran the capital of Yemen and ousted the internationally backed government from power.

Although the UAE has decreased the number of troops it has on the ground, it continues to be actively engaged in the war and supports key militias fighting the Houthis. It also cooperates closely with the United States in counter-terrorism operations in Yemen.

The Houthis have come under pressure in recent weeks and are suffering heavy losses as Yemeni forces, allied and backed by the UAE, have pushed back the rebel group in key southern and central provinces of the country.

Yemen’s government-aligned forces, aided by the UAE-backed Giants Brigades and with help from Saudi airstrikes, reclaimed the entire southern province of Shabwa from the Houthis earlier this month and made advances in nearby Marib province.

The Houthis have claimed previous attacks on Abu Dhabi’s airport, as well as the emirate’s Barakah nuclear power plant – claims that Emirati officials have denied in the past.

The Houthis have used bomb-laden drones to launch crude and imprecise attacks aimed at Saudi Arabia and the UAE over the course of the war. The group has also launched missiles at Saudi airports, oil facilities and pipelines, as well as used booby-trapped boats for attacks in key shipping routes.

Though there have been civilian deaths in Saudi Arabia from some of these attacks, the overwhelming number of civilian deaths have been in Yemen. The war has killed 130,000 people in Yemen – both civilians and fighters – and has exacerbated hunger and famine across the impoverished country.

Torbjorn Soltvedt, an analyst at the risk intelligence company Verisk Maplecroft, noted that while suspicion likely would fall on the Houthis, Iraqi-based militias also have threatened the Emiratis with attacks.

“Today’s attack comes only days after Iran-backed groups threatened to strike against Abu Dhabi in response to alleged Emirati interference in Iraqi politics,” he said.

“The attack is another reminder of the highly complex missile and drone threat faced by the UAE and the region’s other main oil producers,” he added. “Unless the Gulf Cooperation Council states can find a solution to diffuse regional tensions, or deter hostility from regional state and non-state actors, they will remain vulnerable to attacks.”

Associated Press writers Isabel DeBre and Jon Gambrell in Dubai and Samy Magdy in Cairo contributed to this report.