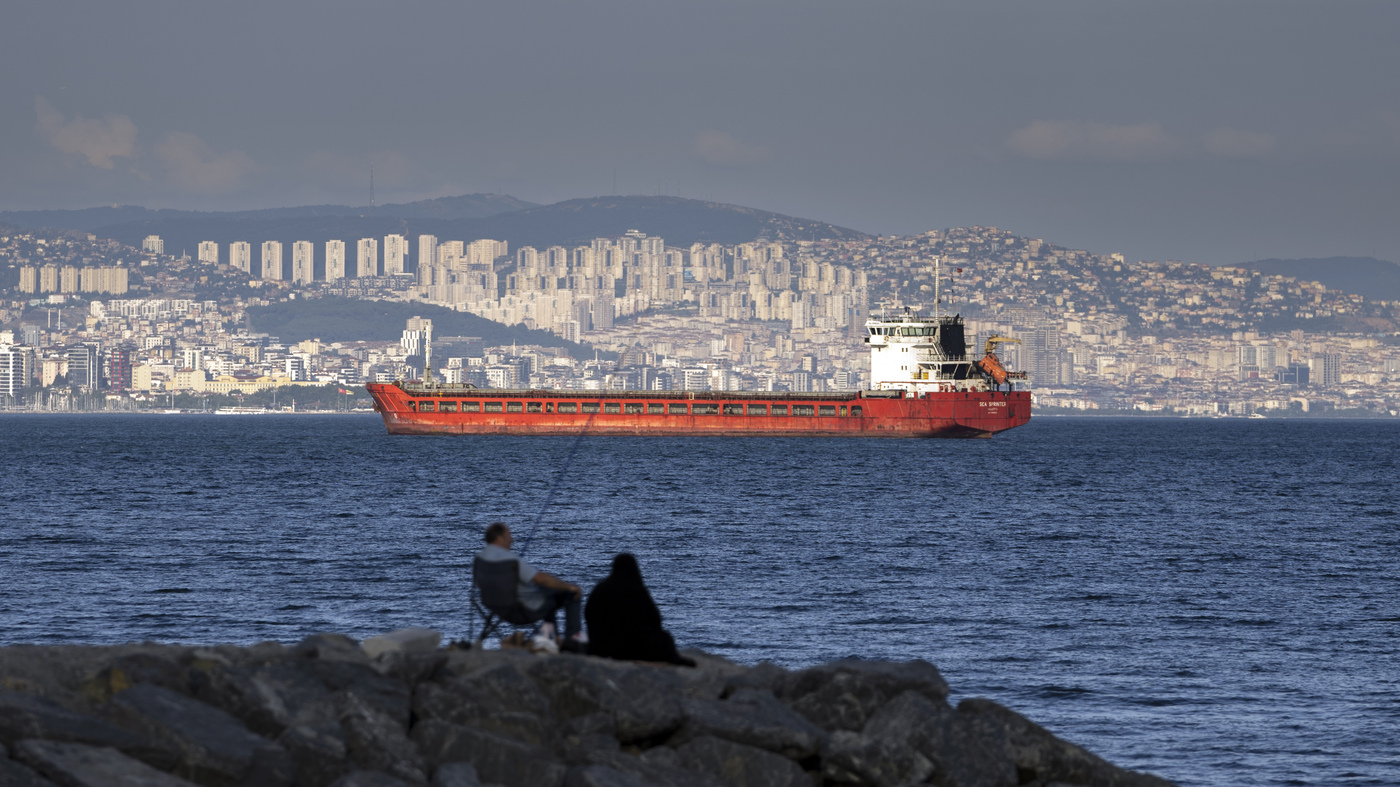 A deal for Ukraine grain exports is due to be sealed in Istanbul : NPR

A cargo ship anchored in the Marmara Sea awaits access to the Bosphorus Straits in Istanbul, Turkey, on July 13, 2022.

A cargo ship anchored in the Marmara Sea awaits access to the Bosphorus Straits in Istanbul, Turkey, on July 13, 2022.

ISTANBUL — U.N. Secretary-General Antonio Guterres and Turkish President Recep Tayyip Erdogan were due on Friday to oversee the signing of a key agreement that would allow Ukraine to resume its shipment of grain from the Black Sea to world markets and Russia to export grain and fertilizers — ending a standoff that has threatened world food security.

Last week, the sides reached a tentative agreement on a U.N. plan that would enable Ukraine to export 22 million tons of desperately needed grain and other agricultural products that have been stuck in Ukraine’s Black Sea ports due to the war. The unblocking of the grain stockpiles will help ease a food crisis that has sent prices of vital commodities like wheat and barley soaring.

The deal foresees the establishment of a control center in Istanbul, to be staffed by U.N., Turkish, Russian and Ukrainian officials, which would run and coordinate the grain exports, officials have said. Ships would be inspected to ensure that they are carrying grains and fertilizer and not weapons. It also makes provision for the safe passage of the ships.

Guterres first raised the critical need to get Ukraine’s agricultural production and Russia’s grain and fertilizer production back into world markets during meetings with Russian President Vladimir Putin in Moscow and Ukrainian President Volodymyr Zelenskyy in Kyiv in late April.

He proposed a package deal in early June amid fears that the war is endangering food supplies for many developing nations and could worsen hunger for up to 181 million people.

Ukraine is one of the world’s largest exporters of wheat, corn and sunflower oil, but Russia’s invasion and a blockade of its ports have halted their shipment.

Some of the grain is being transported through Europe by rail, road and river, but the amount is small compared with sea routes.

Russian and Ukrainian officials have blamed each other for the blocked grain shipments. Moscow accused Ukraine of failing to remove sea mines at the ports to allow safe shipping. Russia has also insisted on its right to check incoming ships for weapons.

Ukraine has sought international guarantees that the Kremlin wouldn’t use the safe corridors to attack the Black Sea port of Odesa. Ukrainian authorities have also accused Russia of stealing grain from its eastern regions to sell, and deliberately shelling Ukrainian fields to set them on fire.

On Thursday evening, a spokesman for Ukraine’s foreign ministry appeared to lay out Kyiv’s conditions for backing the plan.

Oleh Nikolenko told reporters that Ukraine’s delegation “will support only those decisions that will guarantee the security of the southern regions of Ukraine, the strong position of the Armed Forces of Ukraine in the Black Sea and the safe export of Ukrainian agricultural products to world markets.”

In Washington, State Department spokesman Ned Price said the U.S. welcomes the agreement in principle. “But what we’re focusing on now is holding Russia accountable for implementing this agreement and for enabling Ukrainian grain to get to world markets. It has been for far too long that Russia has enacted this blockade,” Price said.